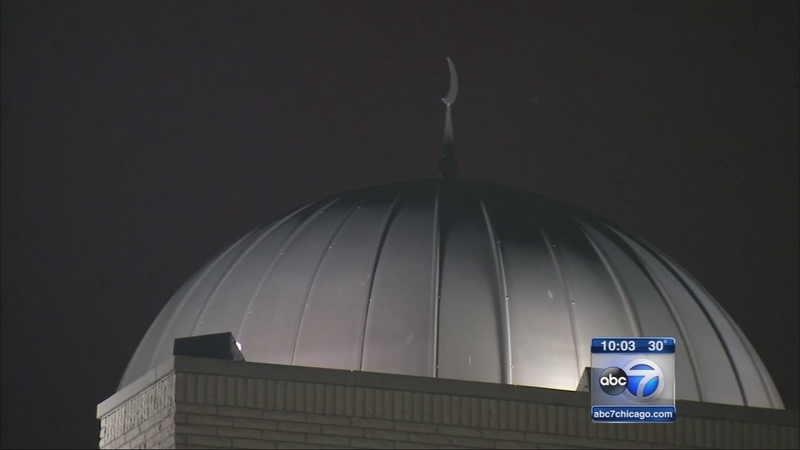 BRIDGEVIEW, Ill. (WLS) -- Threats on social media have triggered an alert from the Council on American-Islamic Relations (CAIR) for local mosques, Islamic schools and Muslim organizations.

CAIR says the threats came on Sunday from two people messaging back and forth on Facebook, specifically naming a mosque in Bridgeview.

The mosque's vice president, Oussama Jammal, says the federal and local authorities immediately got involved. He says there is a screen shot of the conversation.

"They were talking about killing people - you know, an eye for an eye, a tooth for a tooth - something of that sort. That's the specific words that have been said. So that is serious, that is not someone who is just saying, 'I don't like them, I hate them'," said Jammal.

The Bridgeview mosque held a security meeting on Thursday night, trying to ensure the safety of the campus, which includes the mosque, a community center, youth center and three schools.

"Our main priority is to avert hate crimes in any sort of violent threat to our community as a result of the vigilante joes acting on perceived elements of the news where they target our community," said Ahmed Rehab, executive director of CAIR-Chicago.

The FBI will not comment on any of their ongoing investigations. No one has been arrested or charged in the case.