Looking back on the history of the Bud Billiken Parade 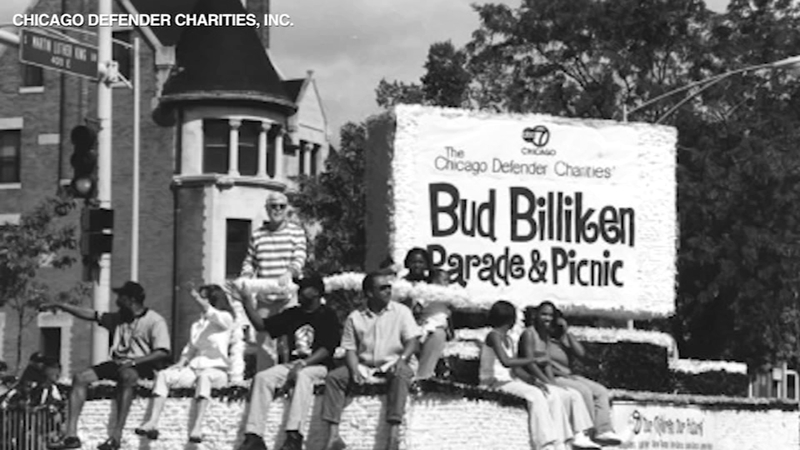 Looking back on the history of the Bud Billiken Parade

As Cheryl Burton tells us, people have come to know the Bud Billiken Parade as the "back to school parade." And the goal of the parade, which started 90 years ago, still holds true today.

The parade, now known as the second largest in the country, all began with an idea and a name.

"Mr. Abbott wanted to do something for children. His editor Lucious Harper discovered a pen wipe and discovered that it was named after the Billiken, which according to Chinese legend is the guardian angel of all children," said Marc A. Sengstacke, Ph.D., Executive Director, Chicago Defender Charities.

Robert Abbott Sengstacke, the publisher and editor of the Chicago Defender, held the very first Bud Billiken Parade in 1929.

"His goal was to provide underprivileged youth with a chance to be in the limelight, and that basically is still our mission today," said Sengstacke.

It's also become the parade to go to and to be seen in.

"Those elected officials who want the vote of the African-American community they have to be in this parade to show their support," Sengstacke said.

But perhaps the most famous politician to attend and serve as grand marshal would go on to be elected president of the United States in 2008.

"There's one particular image of him going down the street and there's a sea of people and all you see is Obama signs," said Myiti Sengstacke-Rice, President & CEO, Chicago Defender Charities. "The feeling was just so positive."

Sengstacke-Rice is now the President and CEO of the Chicago Defender Charities, which continues to organize the parade.

"It's beyond the Sengstacke family, making sure it continues. Without the community, we couldn't do that, without the kids that get involve, that practice year round," she said.

And fast-forwarding to 2019, this year's theme will be "Legacy on Parade."

But the question remains: Who will have the honor of serving as the 90th grand marshal? We only get a hint.

"This year's going to be more of a star-studded event. There will be several celebrities, not just one focus on one grand marshal," said Sengstacke-Rice.

And as the Stengstackes said no matter how important you are, you always remember your Bud Billiken parade.

"So many people have what we call their Bud story or their Bud Biliken story," she said. "A lot of them talk about their fondest memories of coming to Bud Billiken as a youth."