The Starbucks Reserve Roastery Chicago has five floors, including an outdoor rooftop, and spans 35,000 square feet. The first person in line showed up at 5 a.m. and came all the way from Detroit.

"OK, you know what, this is a great opportunity, lets blow a vacation day, get in the car and make a quick jaunt around the pond and come to this fabulous place," Elizabeth Stoler said.

Coffee lovers tell ABC 7 Chicago what they would like to see inside the world's largest Starbucks, opening Friday on Chicago's Mag Mile.

The Starbucks Reserve Roastery is now roasting 200,000 pounds of coffee a year. That's why Ben Tapang got on a plane from Seattle, where Starbucks originated, to come here to Chicago.

"I want to be one of the first customers in the grand opening and it's the biggest in the world, so I got to see it," Tapang said.

Starbucks fans came from St. Louis, Detroit, and Knoxville, Tennessee, among other cities, for the grand opening.

"We went out at midnight and then we went out again at 5 in the morning to kind of check the line progress," said Alane Odom, visiting from St. Louis.

So what really makes this location special? Let's start by what you see right away when you walk inside: a 56-foot cask. Inside the cask, roasted beans move through tubes in all directions, visible from every floor.

Those beans will only be roasted and served at the location. Folks got a little taste while they waited in the cold for the doors to open.

Each floor has a different vibe. The coffee shop is on the first floor and on the fourth floor are Chicago-inspired coffee cocktails. In between there is art from local artists, food and more. It's a coffee lover's dream come true, right on the Mag Mile.

"I'm a big Starbucks fan," said Chicago resident Lamont Lenox. "I've been doing Starbucks, everyone knows I love Starbucks, so I said I gotta be there. This is history and it's the biggest!"

Even as this kind of downtown bean created so much buzz, the fourth floor's barrel-aged coffee cocktail bar (and actual cocktail bar) offered a cozier retreat.

The new Starbucks Reserve Roastery will also serve as an event space.

The roastery is a tribute to the Seattle-based company's long-standing relationship with the Windy City.

"Throughout history, Starbucks has had a very close relationship with the city of Chicago," said Starbucks CEO Kevin Johnson.

In fact, Starbucks opened its very first coffee shop outside the Pacific Northwest in Chicago more than three decades ago. But this isn't your standard Starbucks.

"What I'm excited about is that people are going to see something re-imagined and I think that should give Chicago a lot of pride," said Shauna McKenzie-Lee, general manager of the Chicago Roastery.

Officials said this location will officially be the largest Starbucks in the world. 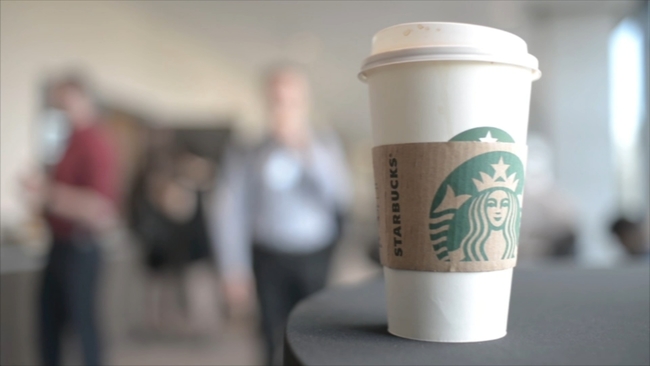 Starbucks will require masks for customers at all US locations