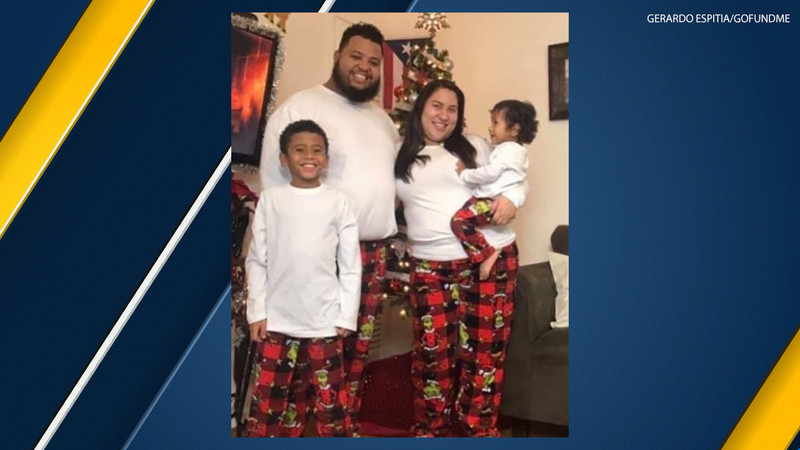 MERCED COUNTY, Calif. -- A fundraiser was set up Tuesday for a family of four from Pomona who were killed in a horrific crash in Northern California over the weekend.

The victims were identified as Samuel Soto, his girlfriend Alondra Lara and their young children Nicholas and Diego Soto, according to a relative. Lara was also six months pregnant.

The California Highway Patrol isn't sure yet why the crash on Sunday night occurred as there was no indication of alcohol or drug impairment, and weather was not thought to be a factor.

Only fragments of the wreckage - a taillight, a car seat latch and broken glass - remained scattered on the scene in Merced County near Los Banos on Monday.

The impact was so severe the car cut in half. All four of the people inside were killed instantly.

"It might have been a little windy, the road might have been wet from a little rain early on, but nobody was having issues," said CHP officer Shannan Stiers. "It appears speed wasn't that big of a deal because witnesses were saying 65 maybe 75 miles an hour."

Witnesses told the CHP that the car was traveling eastbound on State Route 152 weaving slightly and then suddenly veered across the center median, crossed the westbound lane and slammed into a tree.

The impact was so severe that the car was cut in half, officials said. All four occupants were killed instantly.

Lara's parents and siblings who were driving in a separate car behind them witnessed the crash, according to a GoFundMe page for the victims' funeral services. A family member left a rosary hanging on the tree at the scene.

The family was returning home to Pomona after visiting the Bay Area.