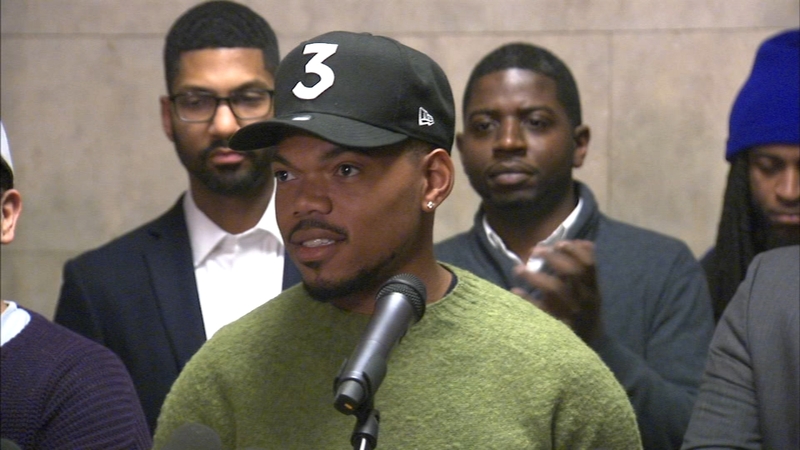 Chance the Rapper announced Thursday he is supporting Toni Preckwinkle for mayor of Chicago.

The move was not a complete surprise because Chance's father, Ken Bennett, is co-chair of Preckwinkle's campaign. But it's unclear just how much impact this endorsement will actually have.

This was a second opportunity for Chance to throw his hat into the ring, this time for his second choice.

"I want everybody to know the truth and the truth is that the most qualified person, in terms of somebody that's gonna look out for all the people of Chicago...is Toni Preckwinkle, so I'm fully behind her," Chance said during a news conference at City Hall Thursday morning.

Preckwinkle, who was conducting county business at the time, did not attend.

"I'm very grateful for Chance's endorsement," Preckwinkle said later. "I think it means a lot for younger voters and surely younger voters are part of the electorate that we need to appeal to."

Chance endorsed Amara Enyia in the first round and pumped $400,000 into her campaign, but he won't be opening his pocket for Preckwinkle.

"I don't have any more money for Chicago politics," Chance said, drawing laughter from those standing around him.

Despite Chance's support in the first round, Enyia managed to get just 8 percent of the vote, but she believes his endorsement can still help Preckwinkle.

"My experience with him is that he's been substantive and that he's incredibly thoughtful and that he really wants to do and help to do what's in the best interest of this city and if this is the candidate that he is supporting, I would imagine he would try to do his best to support that candidate in tangible ways," Enyia said.

Chance did promise to campaign for Preckwinkle. He said his endorsement came after getting input from community activists.

"The resounding voice has been that they don't necessarily feel comfortable of safe going into a city where Lori Lightfoot sits on the 5th floor," Chance said.

Lightfoot released a statement saying she has great respect for Chance and promised if elected to create a youth committee to get their input on policy ideas.

One endorsement Preckwinkle has been pushing for but won't get is from former President Barack Obama. His office announced Thursday he will be staying neutral in the runoff. But Obama had endorsed Preckwinkle in her run for County Board last year.

Both candidates debated Wednesday night on ABC7 and Lightfoot has a ton of momentum. She is the frontrunner in this race, casting herself as the one who will bring change to the city, as she portrays her opponent as part of the broken democratic machine.

Chance the Rapper is expected to make an announcement Thursday morning as the latest debate between Mayoral candidates Toni Preckwinkle and Lori Lightfoot continue to heat up.

Lightfoot wanted to talk about the historic nature of two African American women vying to be Chicago's next mayor. While Preckwinckle called it historic, she also went on the attack.

"Let me just say while I was transforming our health care system and increasing access and improving the quality of care my opponent was working for a law firm that defends tobacco companies and polluters," Preckwinkle said.

"They've chosen a strategy from the night of the February 26th election that their path to victory is to try to demonize and destroy me, to make me look like something other than I am," Lightfoot followed.

Toni Preckwinkle speaks after The Race for Chicago Mayor: The People's Forum

Lori Lightfoot speaks after The Race for Chicago Mayor: The People's Forum