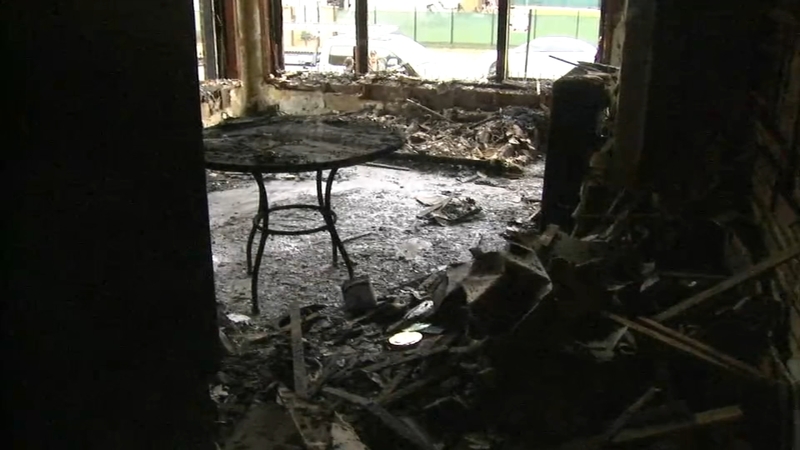 CHICAGO (WLS) -- A 3-year-old girl was among four people hospitalized after an apartment building fire in the Austin neighborhood Monday morning, the Chicago Fire Department said.

A 53-year-old man who was hospitalized for smoke inhalation and later released said the fire started because a space heater was too close to a couch and caught fire in a first-floor unit.

He said he tried to put out the flames, but it quickly spread.

The flames broke out just after midnight at a six-unit apartment building in the 500-block of North Central Avenue. Ackrin James, 53, was one of the four people rushed to the hospital.

"That's all I was trying to do was put the fire out," James said. "A heater was too close to the couch and by the time I got to throwing the water on it, it was too much smoke, and it ran me up out of there."

He lived in the first floor unit and was there when the flames broke out. James said the injured child is his roommate's granddaughter, London.

She was taken to Stroger Hospital in critical condition with burns to her body. Her mother told ABC7 her condition was stabilized at the hospital.

Once on scene, firefighters immediately tried to get residents to safety.

"We woke up to somebody banging on the door, kicking it real hard. And I'm yelling, 'Who is it? Who is it?' And, they said, 'It's the fire department! You have to get out! It's a fire! It's a fire!'" said Anthony Morton, who was rescued from the building.

People who once lived here returned to the devastated building, trying to salvage what little they can, with a difficult road ahead.

"I ain't got nothing. Nothing's left," James said.