Woman, 64, forced out of Mercedes Benz in River West carjacking caught on video

Two other neighbors have since come forward to say they were also victims in a similar brazen incidents
WLS
By ABC7 Chicago Digital Team, Stephanie Wade 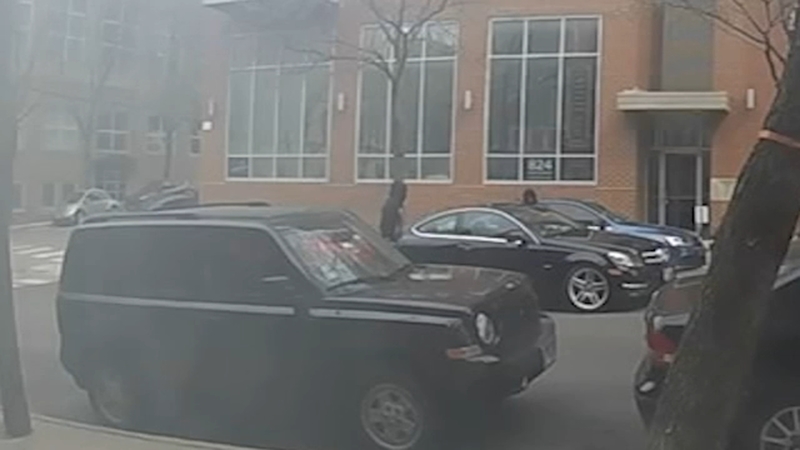 Woman, 64, forced out of Mercedes Benz in River West carjacking caught on video

The 64-year-old woman was attempting to park her Mercedes Benz in the 800-block of West Superior Street at about 10:40 a.m. Thursday when the incident occurred, police said.

In the video, you see one of the suspects pull the 64-year-old woman from the front seat of her vehicle and then speed off.

Luckily, the woman wasn't hurt, but her car was stolen.

Now, neighbors are shaken up.

"It seemed to be very premeditated because it was like they waited and they snuck up around," said Joe Domingo, who lives in River West.

Hours later that same day, just around the corner, Domingo said he was in a similar brazen incident involving two suspects that landed him in the hospital.

"I looked behind me, they smiled and then accelerated through me as if, hey, we see you, now we're going to attack you," Domingo recalled.

A school nurse, Domingo said he was biking home from work when a car hit him going 40-50 miles per hour, just one block away from where his neighbor was carjacked earlier.

"It seemed very much as though it wasn't an accident, this was like a targeted attack," Domingo said. "The police department is considering it an attempted vehicular manslaughter."

His wrist was fractured in the incident and Domingo said bold and dangerous attacks like these are becoming all too common.

"I'm going to go to area businesses today and I'm going to see if there's some footage that we can get, some more information about who those individuals were and we can prevent this from happening again. And most importantly, show that you can't get away with this," he added.

The man who shared surveillance video of the carjacking said he was also carjacked Thursday and suffered minor injuries.