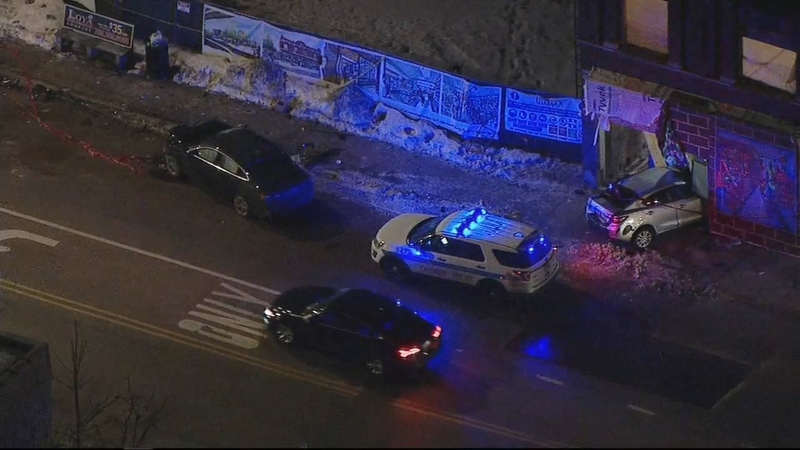 CHICAGO (WLS) -- One person was injured after a car crashed into a building in Chicago's Englewood neighborhood Thursday morning, police said.

The crash occurred in the 1200-block of West 63rd Street at about 4:30 a.m. as police said a Chevy Malibu was traveling south on Racine Avenue when it hit a Toyota traveling east on 63rd Street.

After being hit by the Malibu, the Toyota jumped the curb and crashed into a nearby building.