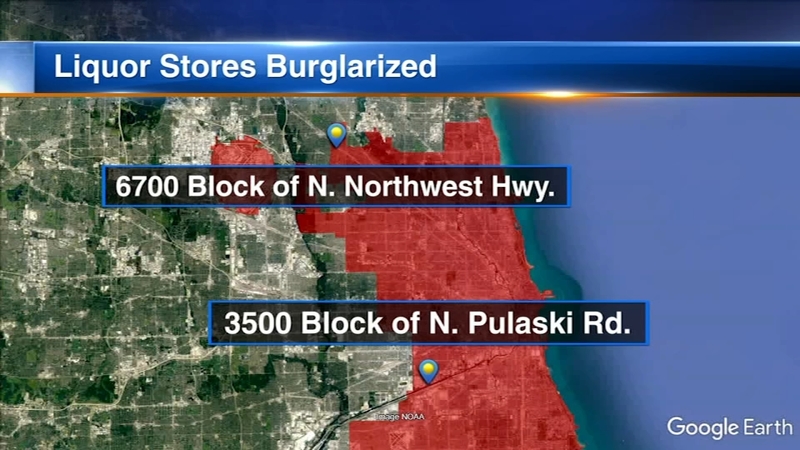 CPD said a group of men broke the front door of a business in the 3500-block of North Pulaski around 4:30 a.m.


About 30 minutes earlier, police said they responded to a burglar alarm at a liquor store in the 6700-block of North Northwest Highway, at Worldwide Liquors.

Video posted on Twitter shows the break-in at that location; a window was found shattered and money appears to have been stolen.


Police said they are unsure what, if anything, was taken from in the burglary on North Pulaski.