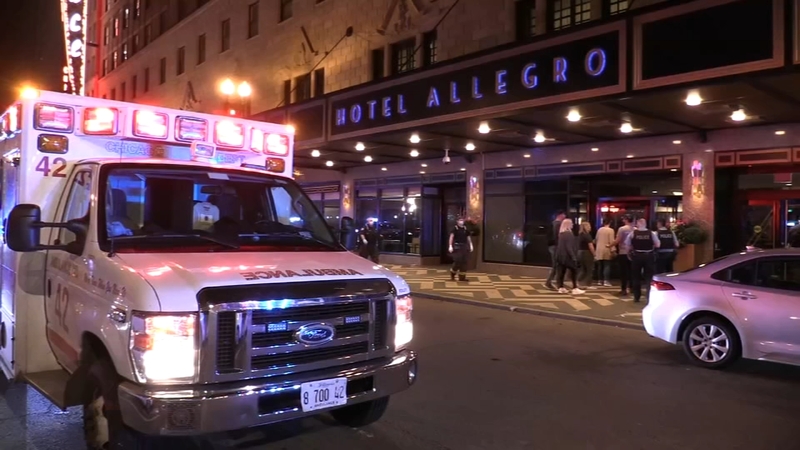 CHICAGO (WLS) -- One person is in custody after a man was stabbed multiple times in the hallway of a downtown hotel, the Chicago Police Department said.

Two men got into a fight on the fifth floor hallway of Hotel Allegro in the Loop's 100 block of West Randolph Street at about 1:00 a.m. Sunday, Chicago police said.

The victim was stabbed multiple times and was transported to Northwestern Memorial Hospital in an unknown condition, police said.

Police said the offender was taken into custody and Area Three detectives are investigating the incident.