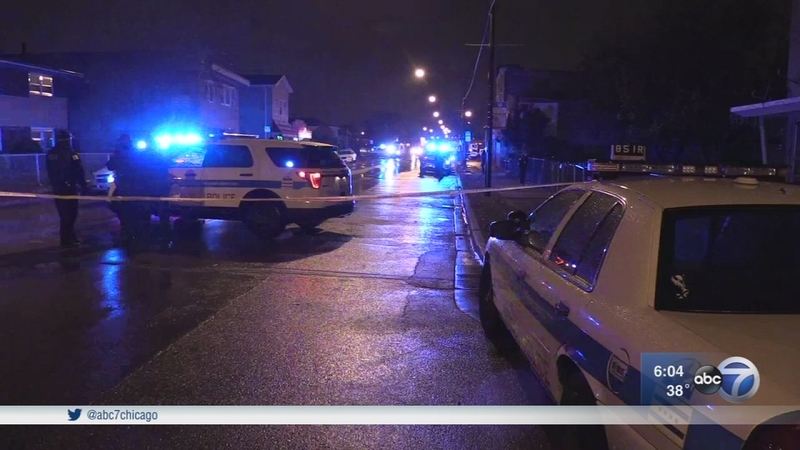 CHICAGO (WLS) -- Newly released Chicago crime numbers show November was the third-deadliest month in 2016. That's during a year where the number of murders reached its highest level in almost 20 years.

The last time Chicago crossed the threshold of more than 700 murders in one year was in 1998. The city is on pace to break that record this year.

November saw more murders than any other month this year than August and October.

The numbers are daunting and so overwhelming that in some cases, the victims are almost forgotten.

It was the night before Thanksgiving and Moises Gonzalez ran into some friends from high school outside a restaurant. That's when a man in a black hoodie walked up and opened fire and killed the 25-year-old Gonzalez and injured his friend.

"He was our rock, our everything," Yahtzeni Gonzalez, the victim's sister said.

Police have little information about the gunman. It's unclear who he may have been targeting. Gonzalez worked as manager at an oil change shop. He volunteered spent weeks at a time for several years rebuilding homes in New Orleans after Hurricane Katrina.

His is just one of the latest in a slew of homicides police have been confronted with trying to solve so far this year.

The police superintendent said many of the shootings involve known criminals with long records and easy access to guns.

Activist Andrew Holmes regularly visits the relatives of many of them shortly after they killed.

"Its tough to look into the eyes of the mother of a child that's just been killed," he said.

Community programs like the "Kids Korna" are working to provide alternatives to violence for young people, but it's an uphill battle.

Yahtzeni Gonzalez says her brother loved Batman and his family. He wasn't just another statistic.

"It doesn't hit you. You see the numbers, you see balloons on the corner and you're like, 'Wow, another person got shot,' and it doesn't hit you until you're that person with someone special," Yahtzeni said.

Yahtzeni said her brother had no enemies that she knew of. Police are still looking for information about his killer as well as the killers of many of the other 700 homicide victims in Chicago in year.

Someone has been shot every day in Chicago since Feb. 28, 2015. But according to a recent USA Today article, Chicago does not make the top ten when it comes to deadliest cities.

"It's not the deadliest city in the country per capita. Our violent crime is in the middle of the pack. But we're not going to argue that," Chicago Police Superintendent Eddie Johnson said. "These numbers are unacceptable. There's a small subsection of individuals in this city that are driving this violence. So again, I just have to say, the police are doing their job. We've recovered over 7,600 illegal handguns. The police are out there engaging."
Thursday also marks another pivot in Chicago history. One year ago, former CPD Supt. Garry McCarthy was fired. Johnson took over in March.

Johnson joined ABC7 News This Morning to speak on high crime numbers, deadly police shootings and how the public responded to the CPD's use of force policy.

There is concern that social media is making the problem worse.

Marvin Slater, a former gang member, has lived in Chicago's Englewood neighborhood for the last 40 years. He told ABC7 Eyewitness News he has never seen crime in Chicago like what he has seen this year.

Slater said he thinks a major cause of the growing number of shootings and murders is Facebook.

"It's a part of the problem! Where all the conversation, beef is coming from: Facebook," Slater said.

Johnson agrees. He told ABC7 Thursday that the CPD is monitoring social media sites, trying to prevent crimes before they occur.

"A lot of our violence is predicated by gang members taunting each other on social media. That's huge. That's the way this generation communicates," Johnson said.

Slater said he has seen instances where discussions on Facebook turned into arguments that turned into shootings.

Slater said he will never leave Englewood. But he's making a difference on the streets as a member of the African American Contractors Association.

"We go around different neighborhoods and convince the gangbangers to put down a gun and pick up a jackhammer," Slater said.