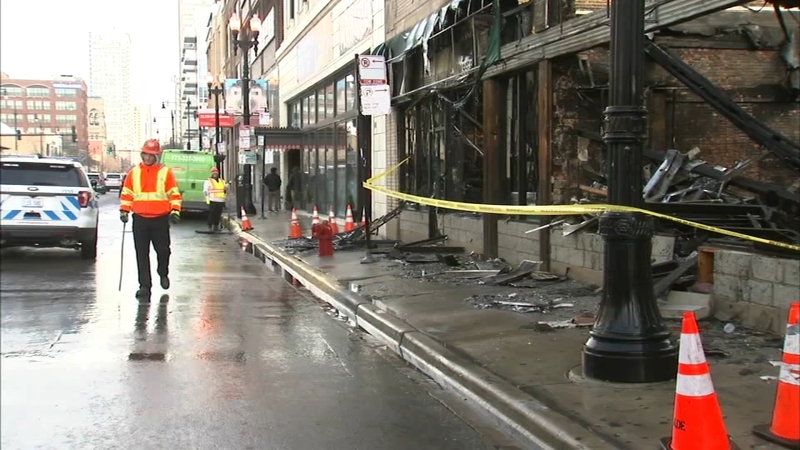 The fire occurred at Pronto Cleaners and Laundry on South Michigan Avenue near Cermak Road at about 1 a.m.

Fire officials said the fire may have started behind the building. The flames spread throughout the building and shot through the roof, taking it down.

Chopper 7 shows an aerial view of damaged caused by a fire in the South Loop Tuesday morning has left a dry cleaners destroyed.

The Chicago Fire Department says it took more than 100 firefighters and about a half hour to put out. Witnesses nearby said they first saw the smoke and then rapidly rising flames.

"First we saw a lot of smoke and then the flames started raising more. We saw a lot of flickers of the flame particles and it's getting worse and worse and we saw windows crashing and it seemed to spread more," one man said.

Firefighters say at one point they had to go into defensive mode, attacking the flames from the outside Then the roof collapsed and unfortunately the building itself is complete loss.

"This is really, in my opinion, detrimental to the community because these are businesses that's been here for a long time," said witness Shawn Holloway.

Lax Energy was also destroyed in the fire. The owners of the cleaners said they had been operated for about 25 years.