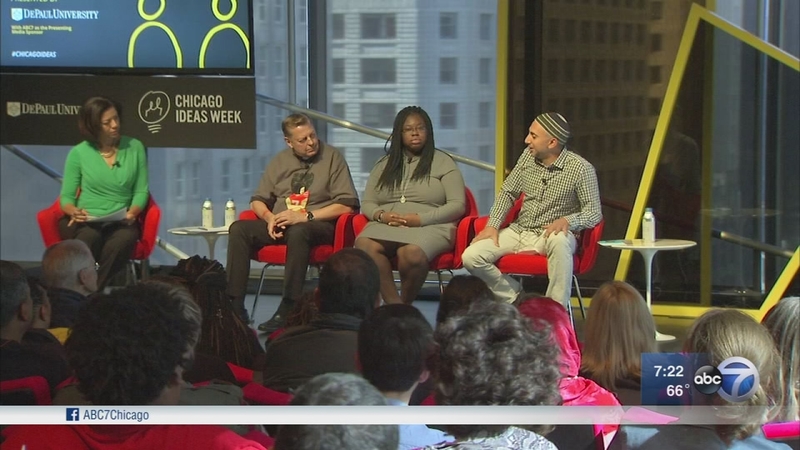 CHICAGO (WLS) -- Some important discussions are happening in the city this week for Chicago Ideas Week.

On Wednesday, a panel talked about the history of civil activism in Chicago, from protests at the 1968 Democratic Convention, to present day, with immigration marches and the Black Lives Matter movement.

Chicago has a rich history of civil activism. Three activists took the stage Wednesday as part of Chicago Ideas Week to talk about their dedication to social change and justice. One panelist was Father Michael Pfleger.

"Education has still failed, violence is through the roof, segregation is still a reality, so I think there is an anger and an outrage that is resurging," Pfleger said.

Pfleger says that while activism of today has evolved since the Civil Rights movement, it's important to not lose sight of what you're fighting for.

"We have to be very careful that social media doesn't become its own reality show, and there's not a focus and an agenda for after the march, what are we gonna do?" Pfleger said.

Rami Nashashibi is the executive director of the Inner-City Muslim Action Network, where he's currently focusing on criminal justice reform. He said he's encouraged by the evolution of activism.

"It continues to be dynamic, hybrid, it's informed by a number of different voices that are drawn from different traditions," Nashashibi said.

Cameilla Williams has lost nearly 30 loved ones to gun violence over the years. She legally purchased a gun for protection, but still fights for gun control laws.

She said activism is widespread among her fellow millennials, especially since the election of Donald Trump.