WLS
CHICAGO (WLS) -- A 28-year-old Chicago man was charged with first-degree murder in connection with the beating death of a 9-month-old boy on the city's Southwest Side, Chicago police said.

Joshua Juarez was taken into custody just after 3 p.m. Sunday in the 3000-block of West 60th Street, according to police. A 30-year-old woman was also arrested but has since been released, police said. 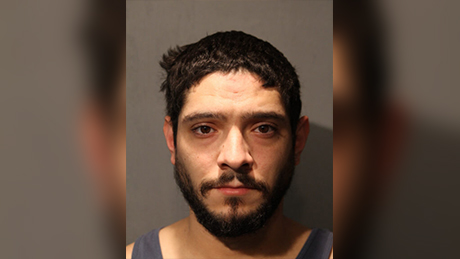 A man has been charged with first-degree murder in connection with the beating death of a 9-month-old boy on the city's Southwest Side, Chicago police have said.

Josue Juarez, a 9-month-old boy, was found unresponsive in an apartment building at 60th Street and Sacramento Avenue in the Chicago Lawn neighborhood Saturday.

A 9-month-old boy found unresponsive on Chicago's Southwest Side was beaten to death Saturday, according to an autopsy.

The boy was taken to Holy Cross Hospital, where he was pronounced dead.

Police said hospital staff told them he had signs of extensive trauma to his body. The child's parents allegedly told emergency crews the child was choking on food and turned blue.

The Cook County Medical Examiner's Office ruled his death a homicide on Sunday.

An autopsy revealed that he died of blunt head trauma and child abuse. Charges were pending Monday, a Chicago police spokesman said.

Mona Lisa Castaneda lives in the building where Josue was found unresponsive.

"I am very sad today because I used to watch this baby and yesterday, I saw them taking the baby out," Castaneda said.

She said the boy was born premature and had recently come home from the hospital.

She said the person responsible needs to be held accountable.

Castaneda put up a cross outside the apartment building in memory of Josue.

"I feel like the baby needed peace," she said.

An investigation into the infant's death is ongoing, police said. Authorities did not immediately provide information Tuesday about if the child and man were related.

The Illinois Department of Children and Family Services is also looking into the case. DCFS said they haven't had any prior contact with the family.

Joshua Juarez is due in court Wednesday.