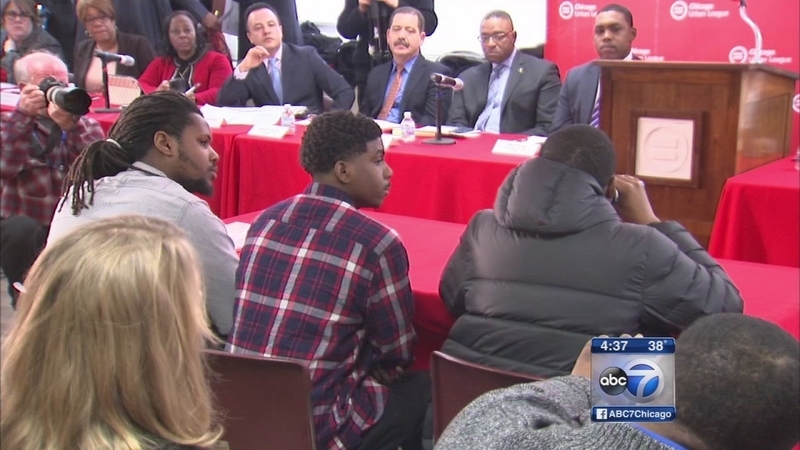 "I would accept anything that would put me in a better financial position than I am now," Roosevelt Woods, 18, said.

Woods desperately wants a job, but after trying unsuccessfully to work in carpentry, the West Garfield Park resident is still unemployed.

It's a disturbing reality all too real for Tevin Smith, 20, that nearly half of young African American men in Chicago are neither working or in school, according to a report by the University of Illinois at Chicago's Great Cities Institute.

"The community wants us to get off the streets, stop selling drugs and end the violence, Smith said.

The findings were presented Monday at an annual hearing on youth unemployment hosted by the Chicago Urban League. According to the data commissioned by the Alternative Schools Network, 47 percent of the city's 20 to 24-year-old black males have been out of school and also out of work in 2014.

With regard to black females in Chicago, 35.3 percent are either unemployed or not in school in the same age group - much higher than the national average of 24.7 percent. The situation is even worse for Latino teens, with 85 percent not working.

"It's kinda hard because you gotta know people on the inside to get the job, you can't just got and apply," Diamond Serrano said.

The highest concentrations of youth unemployment occur in neighborhoods on Chicago's South and West sides. Organizations behind the hearing want government to commit to hiring jobless youth during the summer and beyond.

"I don't lose hope because I know, one way or another, I'm going to end up with something," Woods said.