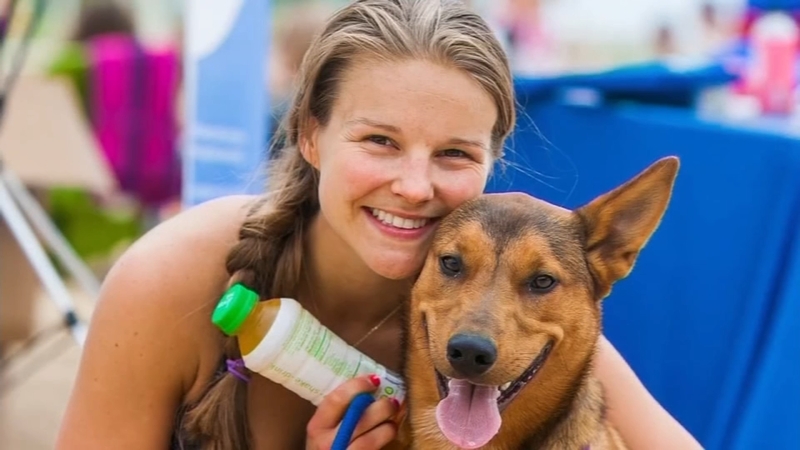 CHICAGO (WLS) -- Mexican police have made no arrests in the stray-bullet death of a 27 year old Chicago area woman, three days after she was struck down in front of an upscale Mexico City restaurant.

Witnesses and investigators have said that Tatiana Mirutenko had just left dinner Saturday evening with her husband, when gunmen speeding by on a motorcycle opened fire-apparently aiming at a bouncer in a nearby bar.

Mirutenko was shot in the head and killed. She was celebrating her first wedding anniversary on the trip. She and her husband were married last summer on July 1 in Chicago, where she grew up and her family still lives.

Although she was vacationing in a nation being strafed by violence and murders, with more than 29,000 people killed in 2017, the capital of Mexico City is statistically safer than her hometown of Chicago.

Through the first four months of 2018, Chicago had 154 murders and Mexico City was at 382-but the Mexican capital population is 8.8 million compared with Chicago's 2.7

A Chicago area native was shot and killed while celebrating her first anniversary in Mexico City.

However, the relatively safe Mexico City data didn't do anything for newlywed Mirutenko, who had traveled from San Francisco with her husband where they had begun married life.

She and her husband, James Hoover, were dining in Lomas de Chapultepec, an upscale section of Mexico City.

"She was telling me how wonderful, how safe it was," said her mom, Natalie Mirutenko.

Her daughter worked as a senior investor relations analyst at Nektar Therapeutics after a successful college athletic career as a Division I volleyball player at Clemson University.

"She would give 200 percent," said Natalie. "As a mother, we always say things, but she inspired me to be better. I'd give my life if she could just come back."

Nektar Therapeutics described her a "bright" and "passionate rising star."