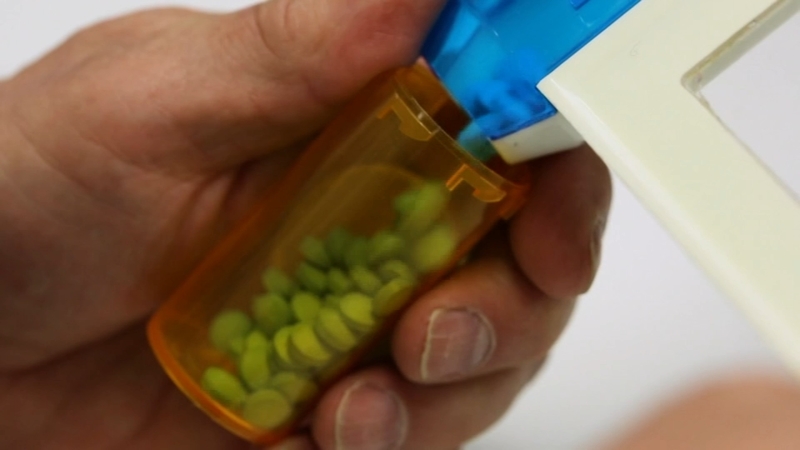 CHICAGO (WLS) -- The federal government targets certain places across the country considered more prone to healthcare fraud and designates them as HEAT zones.

The Health Care Fraud Prevention and Enforcement Action Team, known as HEAT, was formed in 2009. The multi-agency initiative focuses on areas such as Chicago that dispense a high amount of controlled substances.

The HEAT program touts nearly $1 billion in federal savings, but a side effect is stricter regulation in HEAT zones. Industry experts say that creates yet another hurdle for pharmacies to open in underserved communities.

RELATED: Pharmacy deserts in Chicago could make it tough for many to get COVID-19 vaccine

"The government has clamped down on the industry," said Steven Hess, a pharmacy industry expert.

In order to open an independent pharmacy in a HEAT zone, owners must go through enhanced credentialing requirements and pay additional fees.

"You have another inspection from the Drug Enforcement Administration. They then come in and they determine, you know, how are you going to operate, are you going to follow the guidelines for controlled substances and what's your drug profile, and what are you going to dispense out of your store," Hess said.

For large chains, Hess said the process is less tedious.

"When they open up an additional store, it just gets added into their chain code, however they still have to go through the inspection from the state and perhaps the DEA," he explained.

The extra hassle combined with security issues means fewer pharmacies are opening on the South and West Sides, according to Hess.

"That's a fear factor, and a danger factor," said Hess. "That has to be also thought of."

Illinois has six Medicaid plans serving more than 2 million people, and access to a pharmacy can be an issue for members.

"We do have some solutions to minimize the negative impact for the Medicaid members specifically," said Samantha Olds Frey, CEO of the Illinois Association of Medicaid Health Plans. "So, first of which is transportation. So health plans, actually, many health plans cover an additional transportation benefit, and that is transportation to and from a pharmacy. We also, of course, in those areas add in mail-in pharmacy, I mean, we're seeing more and more people comfortable receiving their medication through the mail."