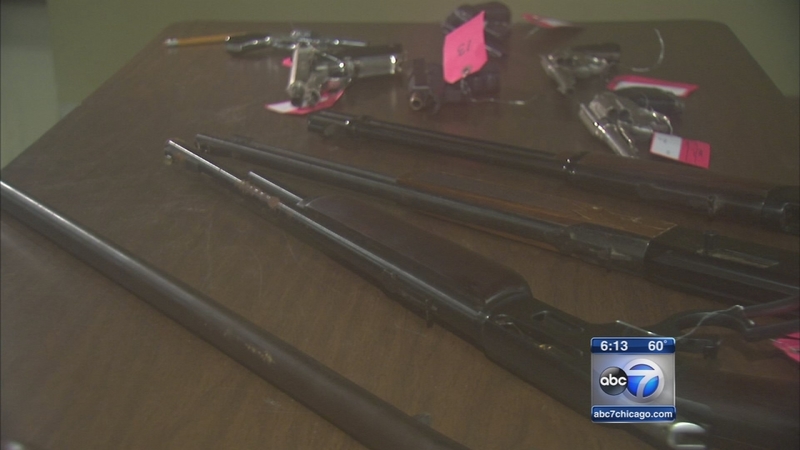 CHICAGO (WLS) -- The Chicago Police Department hosted a gun buyback on Saturday, offering a $100 gift card for any gun - no questions asked.

"We don't ask any questions. I'm not asking, 'Are you out on the street or have you used this gun in a shooting,'" said Deputy Chief Eric Washington.

Police also anonymously accepted BB guns and fake guns, which they said, in certain situations, are just as dangerous.

"Somebody pulling out a replica on an officer, at that point you don't know if it's a real gun or a replica," Washington said.

Rev. Tom Walsh, of St. Martin De Porres Church hosted the event on the West Side. Just a block away from his church, a memorial remembers a young woman who was gunned down this summer

'There's so many guns people have in their homes, that they don't want," Walsh said.

This year, police have taken 1,342 real guns off the streets.