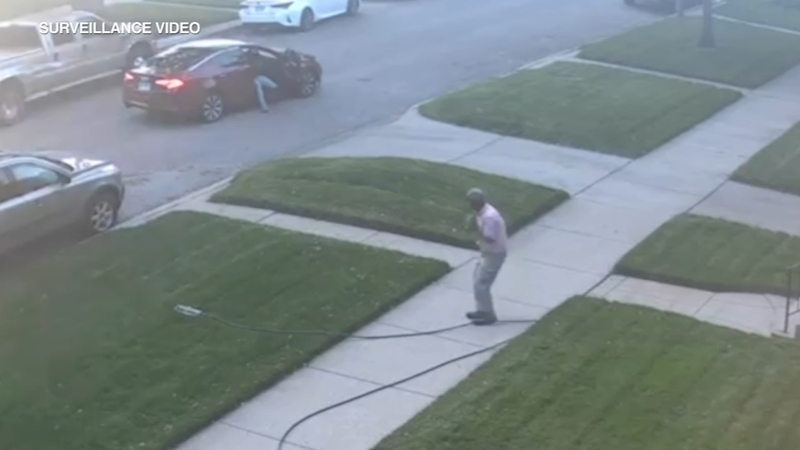 CHICAGO (WLS) -- A 17-year-old is charged in a paintball attack on former CPD superintendent Terry Hillard over Memorial Day weekend.

Hillard spent about 35 years with the Chicago Police Department and is also a Vietnam veteran.

According to his spokesman, Hillard was doing yardwork in front of his home in Chatham Sunday evening when he was struck by a paintball fired from a passing vehicle.

The attack was captured on surveillance video, which captures Hillard in his front yard when a car pulls up and a passenger opens the door. ABC7 has frozen the video before Hillard is struck by a flurry of paintballs.

The retired superintendent, who is in his late 70s, did not need to go to the hospital.

Officers found the video the day after the attack, and said it helped them identify the alleged attackers.

Prosecutors say this teen is the alleged shooter. There is an ongoing investigation involving a second minor, possibly the alleged driver, who police arrested Wednesday.

"Terry maintains that he hopes people will learn from this and reminds everyone to be aware, be vigilant, and be safe," his spokesman said in a statement.