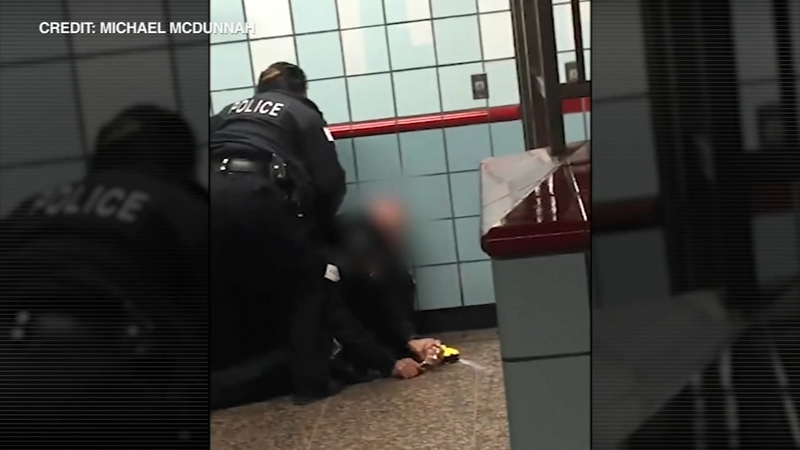 In charging documents filed with the Chicago Police Board, CPD said both Officer Melvina Bogard and Officer Bernard Butler violated various department rules when they failed to deescalate an altercation at the Grand Red Line station in March of last year, ultimately using "deadly force that was not necessary."

Ariel Roman was critically injured in the incident, which began when police said mass transit officers on a Red Line train saw a man moving from train car to train car, which is against a city ordinance. The officers made contact with the man, later identified as Roman, and attempted to arrest him.

Officer Bogard was accused of unlawful or unnecessary use or display of a weapon, among other charges, and recommended for discharge.

Officer Butler was accused of engaging in any unjustified verbal or physical altercation with any person while on or off duty. He was also recommended for discharge.