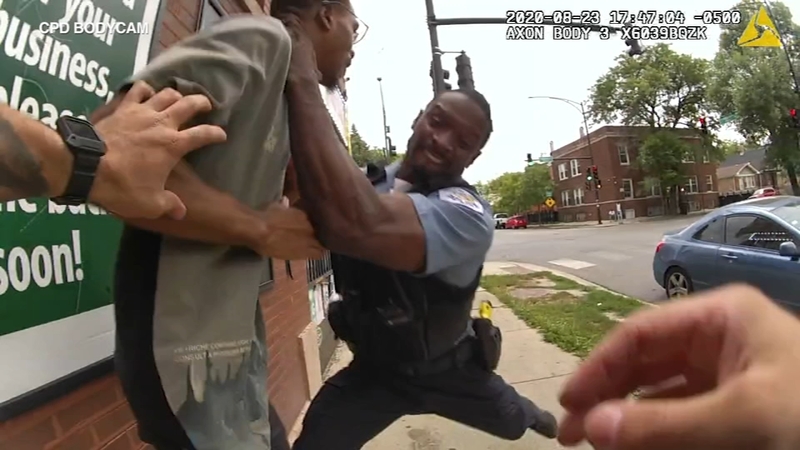 CHICAGO (WLS) -- Newly-released body camera footage shows an arrest at the center of a lawsuit filed against the Chicago Police Department.

Leroy Kennedy IV, the man who was arrested last year, said he did nothing wrong. His case was later dismissed, but he said the ordeal has left him traumatized.

The West Side man said he spent four days in jail and was charged with aggravated battery to an officer, but he said video of the incident shows police were the aggressors.

Police body cams captured video, but not audio, of the encounter. The images are now at the heart of a federal civil rights lawsuit.

"It left me feeling traumatized. Man, I ain't gonna lie. You get nervous. You get even more nervous once you see the police," Kennedy said .

Kennedy said he was walking to a store last August in Humboldt Park when two Chicago Police officers ran up to him, slammed him against a brick wall and smashed his head onto the sidewalk more than once.

"I told him like 'Sir, I'm not resisting. I just want to get my glasses,'" Kennedy said. "He slammed me again thinking I'm resisting."

The officers were soon surrounded by angry witnesses at the scene. The video appears to show Kennedy wobbling as he's led away in handcuffs.

He said he suffered a concussion as well as cuts to his face and hand and wrist injuries.

In a police report, officers said they confronted Kennedy because he had "a shocked look on his face" when he saw police and officers say they thought Kennedy was "attempting to conceal a firearm."

But no weapon or drugs were found. Later, after supervisors arrived, the officers appeared to have little to say.

"The police couldn't even pretend he did anything," said Christopher Smith, Kennedy's attorney. "So you have a police report which gives no description of a crime and no reason for approaching him, other than his bulging eyes."