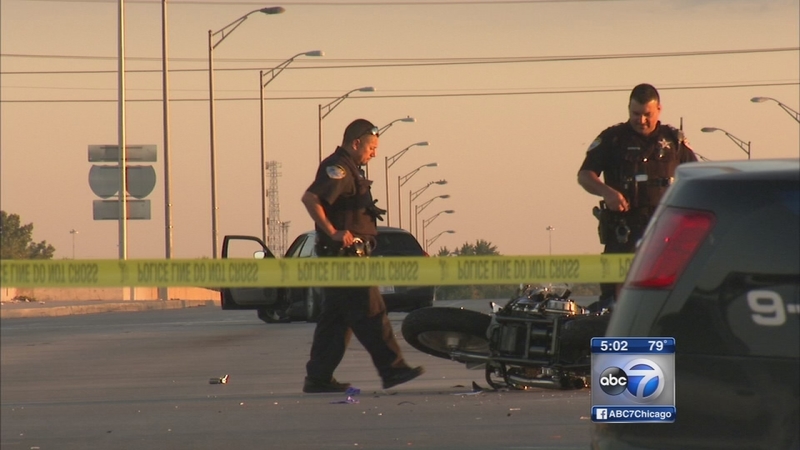 FOREST VIEW, Ill. (WLS) -- An off-duty Chicago police officer was killed in a crash on his way home from work Sunday morning.

Officer Charles Barango was a 14-year veteran of the department working as a tactical officer. He was assigned to District 5 on Chicago's far south side.

"My thoughts and prayers go out to the family of the officer," said Superintendent Eddie Johnson.

Chicago police said Barango was on his way home from work at 2:05 a.m. when he was killed during a traffic accident in southwest suburban Forest View. After the accident, a long line of police cars escorted Barango's body to the medical examiner's office.

Investigators said Barango was riding his motorcycle and had just exited the southbound lanes of I-55 at Central Avenue when he was hit by a northbound vehicle that blew a red light.

While the Forest View Police Department said the investigation is ongoing, reports have surfaced that the driver of the vehicle that struck Barango may have been under the influence at the time of the accident.

"We're still investigating it...but that could very well be the issue," said Johnson.