WLS
By Evelyn Holmes, Will Jones and Alexis McAdams 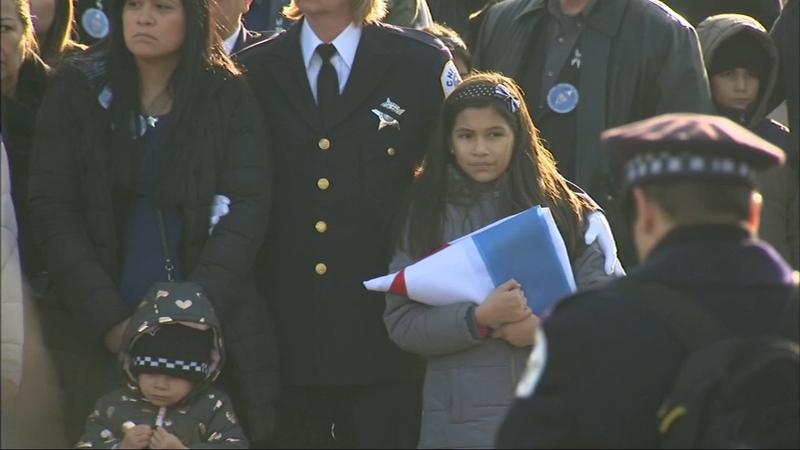 CHICAGO (WLS) -- A Chicago police officer who was fatally struck by a train Monday was laid to rest on Saturday.

Hundreds attended the funeral for Officer Eduardo Marmolejo, 36, at St. Rita of Cascia Shrine Chapel, which has been the site of several other funerals for Chicago first responders this year.

On Friday, the Chicago Police Department celebrated the life of Officer Conrad Gary, 31, there with full police honors, who was also fatally struck by a train on Monday.

The hearse carrying Marmolejo's body to the chapel followed a long route lined by hundreds of community members and police saluting the fallen officer.

The youth pay their respects along the funeral route this morning as we make our way to St Rita Cascia Chapel for the funeral services of Fallen Officer Eduardo Marmolejo. #NeverForgotten pic.twitter.com/DdBvLVm6bE 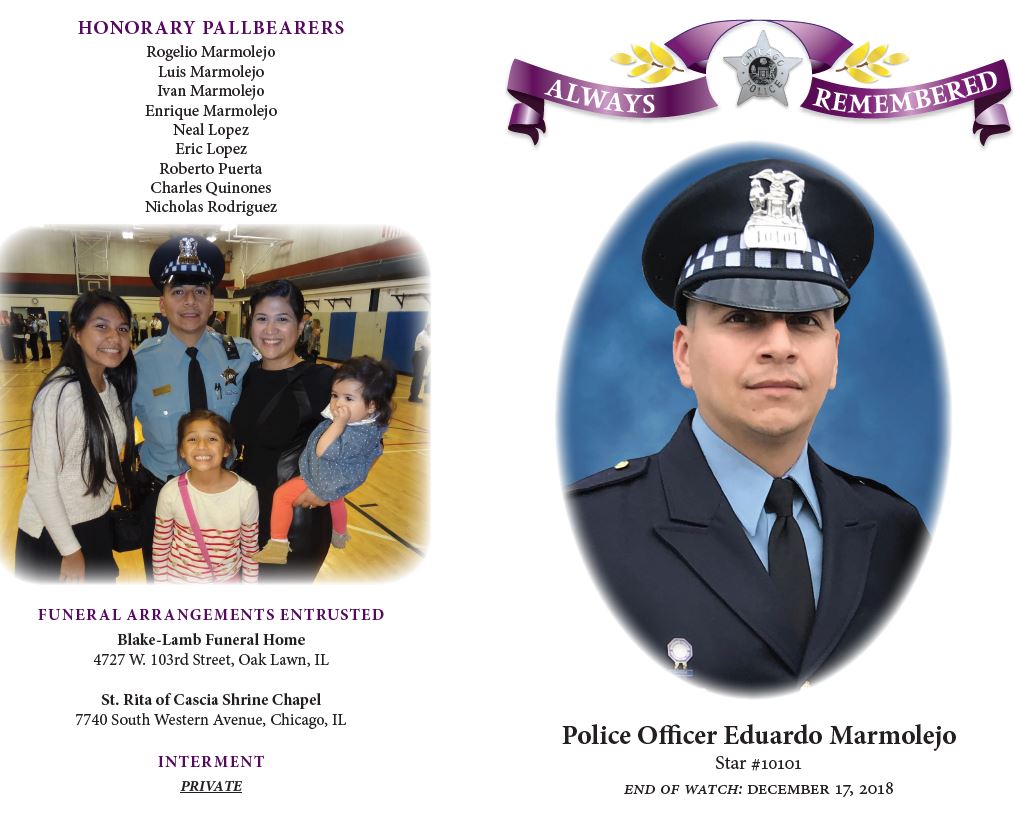 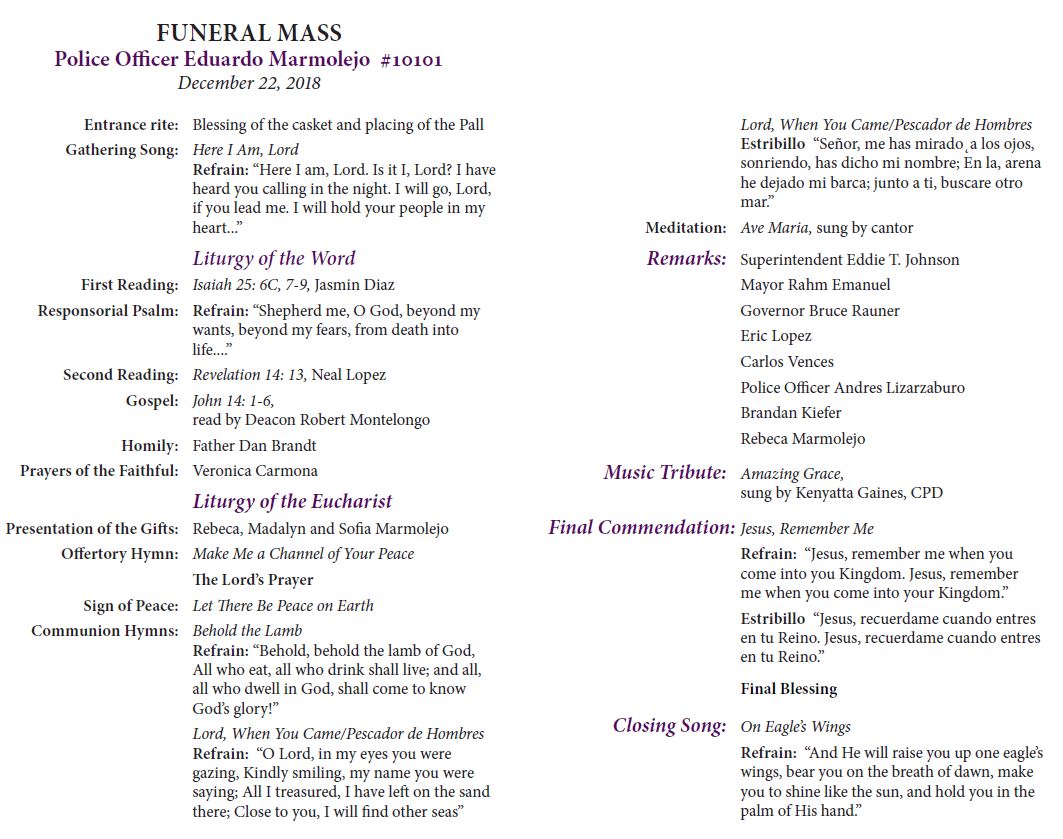 Monday night, Marmolejo and Gary were looking for an armed man when they were struck and killed by a commuter train near 103rd Street and Cottage Grove Avenue.

"They were completely focused and dedicated to getting another gun off the streets of Chicago because, as I said before, that's what we do as Chicago police officers," said CPD Superintendent Eddie Johnson.

Johnson, Mayor Rahm Emanuel and Governor Bruce Rauner all spoke at the funeral, which began about 11 a.m.

Marmolejo had been on the force with the 5th District for about 2.5 years.

Johnson noted Marmolejo's dedication to public service prior to joining CPD, as he worked in a hospital. He started as a transporter and eventually worked his way up to becoming a technician in the emergency room.

"Although he was only with us a short period of time, Eduardo was an exemplary police officer," Johnson said. "What we will remember most is the selflessness and the sense of duty that Ofc. Marmolejo displayed earlier this week."

Marmolejo lived in Beverly with his wife, whom he met on a blind date 18 years ago, and three daughters. They knew him affectionately as "Lalo." Johnson addressed the family in his remarks, assuring them that they will never be alone on Christmas, birthdays, quinceañeras and other life milestones to come.

"Your extended Chicago police family will always be just one phone call, one text message away," he said. "No one could ever replace Lalo, but I hope you can take a small amount of comfort in knowing that you've gained an entire department of guardian angels and big brothers and big sisters."

"This has been so difficult not only on the families, but the men and women of the Chicago Police Department," said 19th Ward Alderman Matt O'Shea.

Mayor Rahm Emanuel honored Officer Marmolejo among the other first responders who died in 2018.

Many of those who came out to pay respects to the two officers didn't even know them personally. Susana Dominguez, whose spouse is a CPD officer, said that was the case for her.

"I think it's important that the city remember the sacrifice that everybody makes every time that they leave their homes," she said. "And as a wife with children as little as Officer Marmolejo and Officer Gary have, it's very hard times."

The family of Officer Gary was seen paying its respects along the route that the hearse carrying Marmolejo's casket followed to the chapel, according to a tweet from Chicago police.

The Gary family pays their respects along the route this morning for Fallen Officer Eduardo Marmolejo as we make our way to St Rita Cascia Chapel. #NeverForgotten pic.twitter.com/p9R70F3iwv