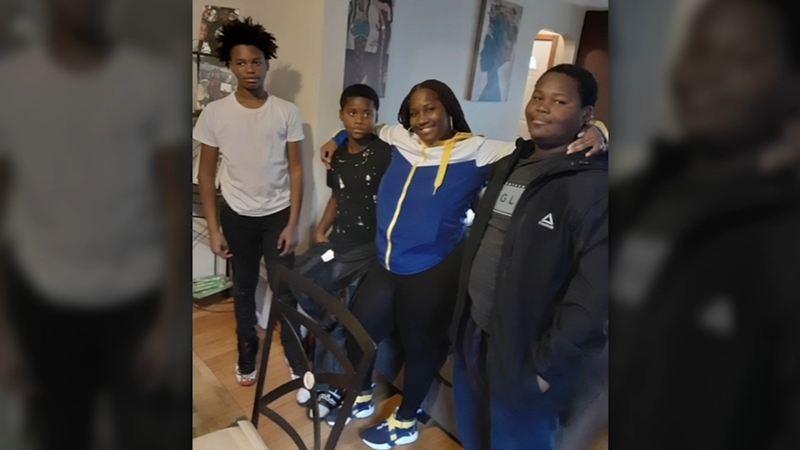 CHICAGO (WLS) -- A family is suing the City of Chicago and the Chicago Police Department after they said officers wrongfully raided their home back in 2015.

Jolanda Blassingame remembers the afternoon of January 29, 2015 vividly. She was cooking dinner while her three sons and their cousin were doing their homework when she thought a burglar was trying to to break into her apartment in Chicago's South Lawndale neighborhood.

"I thought somebody was trying break in, I ran back like somebody was going to break into the house," Blassingame recalled.

SWAT and plainclothes Chicago police officers burst into both front and back doors to serve a search warrant, according to a lawsuit filed Tuesday in federal court by Attorney Al Holfeld Jr.

"Threw flash bang grenades inside and repeatedly pointed assault rifles at the children and at her," said Holfeld, who represents the family.

Police were looking for a suspect named Derec Bell, who hadn't lived at the address for nine years. At the time, Bell was in prison, nearly 200 miles away.

Holfeld says that information was readily available for investigators.

"So, on the date of this raid in January 2015 (Bell) had been in prison for five and a half years," Holfeld said.

"I really thought they were going to shoot one of the kids by mistake, that's how I felt because the guns were so close to them and me," Blassingame said.

"We are saying again today to the mayor and the superintendent how many innocent children of color in Chicago have to be traumatized in wrong raids before the city realized it's too many," Holfeld said.

Holfeld said they have not yet established how much they plan to ask for in the lawsuit, but did say they hope this case will result in reforms for CPD.