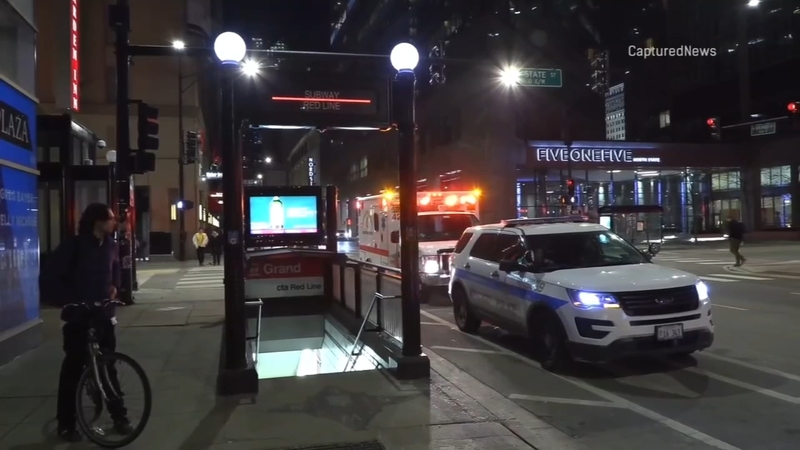 CHICAGO (WLS) -- Two men were beaten and robbed on a CTA Red Line train Tuesday night near a River North station that's seen its share of violence in the past two days.

A 44-year-old man and 18-year-old man were on a train about 9 p.m. in the 800-block of North State Street when five to six male suspects battered them and took their belongings, Chicago police said.

The suspects then got off the train in the 500-block of North State, which is the Grand and State stop, according to CPD.

Both men were taken to Northwestern Hospital in good condition for minor bruising and pain.

Early Monday morning, Vadarrion Knight, 16, was leaving the same station and was shot twice in the chest and knee. He died at the scene.