Man killed, 4 injured in Back of the Yards shooting, Chicago Police Department says 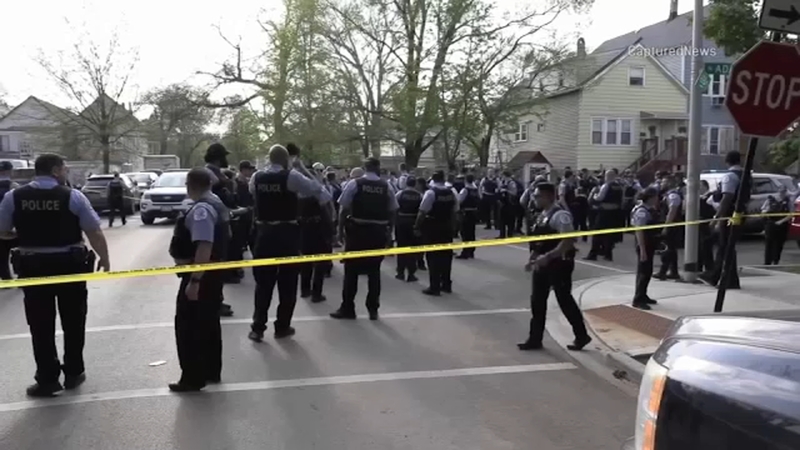 5 shot on South Side, CPD says

CHICAGO (WLS) -- A man was killed and four others, including two 16-year-old boys, were injured in a Back of the Yards shooting, the Chicago Police Department said.

The South Side shooting happened in the 4800 block of South Ada Street at about 4:45 p.m., police said.

WATCH: Chicago police update on 5 shot in Back of the Yards

The Chicago Police Department provided an update on the Back of the Yards shooting that killed a man and injured four others on the South Side.

The victims were standing outside when a stolen red Mazda drove by, police said. Occupants exited the Mazda, produced firearms and began shooting in the victims' direction. The offenders fled and later crashed in the Mazda several blocks away. Police recovered two weapons from the vehicle and a third weapon from the scene of the shooting, police said.

The man killed, 19 years old, was shot in the left side of the body and head, police said. He was transported to Mount Sinai Hospital and was later pronounced dead.

Two people were transported to area hospitals in critical condition and two others were reported in stable condition, police said.

A crowd of people fought officers who tried to attend to the shooting victims, police said. Two people were placed in custody for fighting with police.

No offenders were in custody and Area One detectives are investigating.