1 dead, 2 injured in West Side shooting 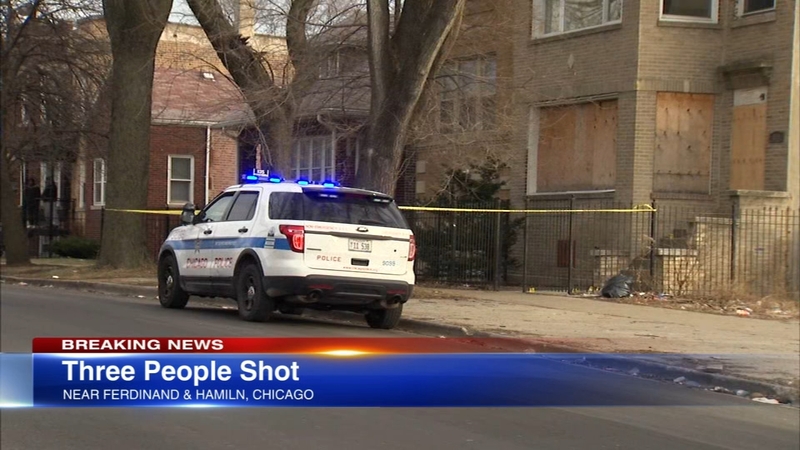 3 shot on West Side

CHICAGO (WLS) -- A 23-year-old man was killed and two others injured in a shooting Wednesday morning on Chicago's West Side, officials said.

Police responded to the report of the shooting at about 7:23 a.m. in the 400-block of North Hamlin Avenue. Police said two people exited a gangway and fired shots at the victims.

David McDaniel, 23, was shot in the chest and transported to Stroger Hospital in serious condition, police said. He later died of his injuries, the Cook County Medical Examiner's Office said late Wednesday.

A 24-year-old man was wounded in the shoulder and transported to Stroger Hospital in stable condition and a 25-year-old man suffered a graze wound and was treated on the scene.

No one was immediately in custody.