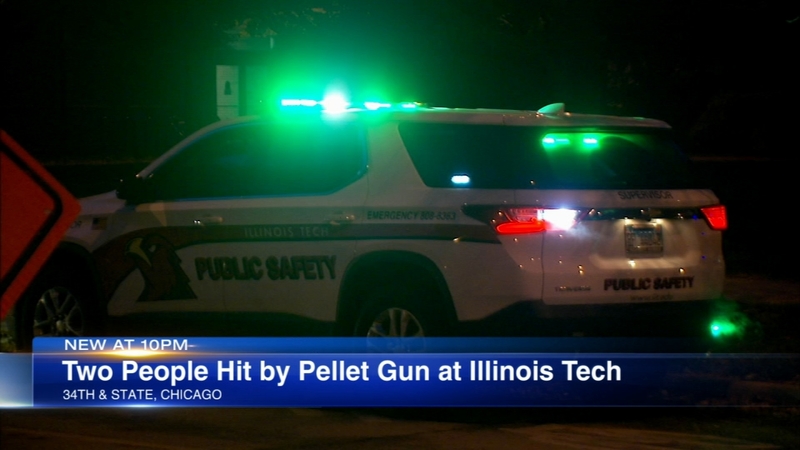 CHICAGO (WLS) -- Chicago police said two people were injured after what they believe was a drive-by pellet gun shooting.

The first victim, who police said was an 18-21 year old man, was wounded in the groin area. He refused medical attention and also refused to cooperate with the police investigation.

The second victim is a 77-year-old man who police said heard a popping sound in the back of his head and then realized he was bleeding.