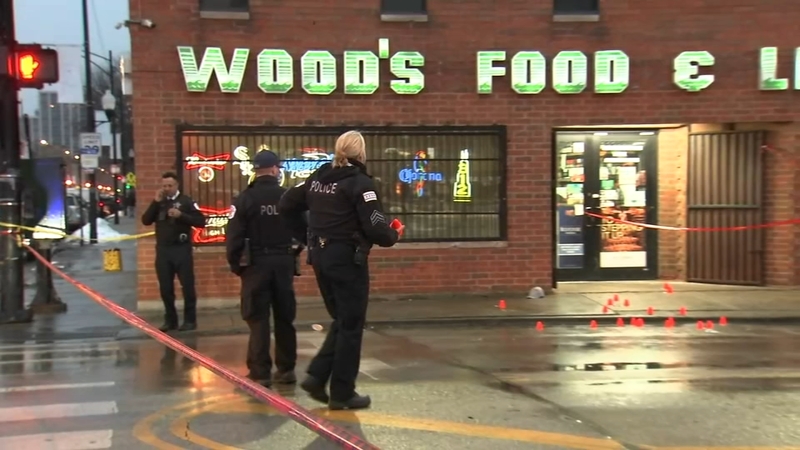 CHICAGO (WLS) -- A woman was shot and killed and a security guard injured Tuesday afternoon in a shootout near Chicago Public Safety Headquarters on the South Side.

Police said the woman was inside the lobby of the Chase bank when she was struck in the chest by at least one of the bullets let loose in a volley of gunfire about two blocks away.

Rescuers gave them woman CPR in the bank lobby. She was taken to the University of Chicago Medical Center, where she was pronounced dead, police said. Her name hasn't been released yet.

The security guard was also taken to the University of Chicago with a gunshot wound to his leg, and was listed in good condition, officials said.

The gunfire erupted within sight of Chicago police headquarters at a food and liquor store. Police said it started as an argument between two men and escalated when one and then the other pulled guns on the sidewalk.

At least 21 shots were fired. Witnesses said the man who returned fire patrolled the corner store.

"The security guard, he was laying on the ground just shooting down the block. He reloaded his gun and constantly kept shooting," McDuffey said.

A weapon was recovered at the scene.
Area detectives were investigating.