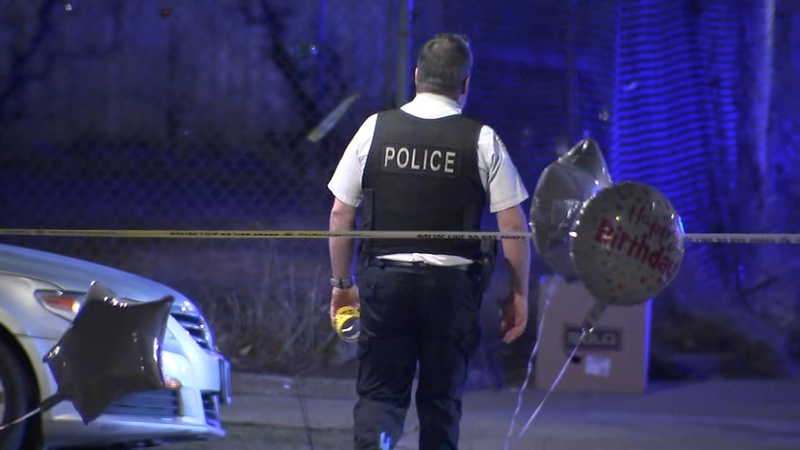 CHICAGO (WLS) -- An 11-year-old boy is expected to recover after being among four people seriously injured in a shooting in West Garfield Park Thursday night, Chicago police said.

CPD said about 15 minutes earlier, at 8:15 p.m., the four victims were near the street in the 4100-block of West Monrose Avenue when they were approached by an unknown vehicle. Someone inside the car opened fire at them, striking all four.

All four were initially reported to be in serious condition, police said.

"Happy birthday" balloons could be seen near the scene after the shooting.

"Mom was shaken up of course, but she's a little relieved that he is doing well, well enough for her to go, you know, and she'll be back, of course, which makes you feel good that this one turned out alright," he said. "But the fact is it's still a kid shot, and the repercussions of such are always tragic."

So far this year, 47 children have been shot, 13 fatally, in Chicago.