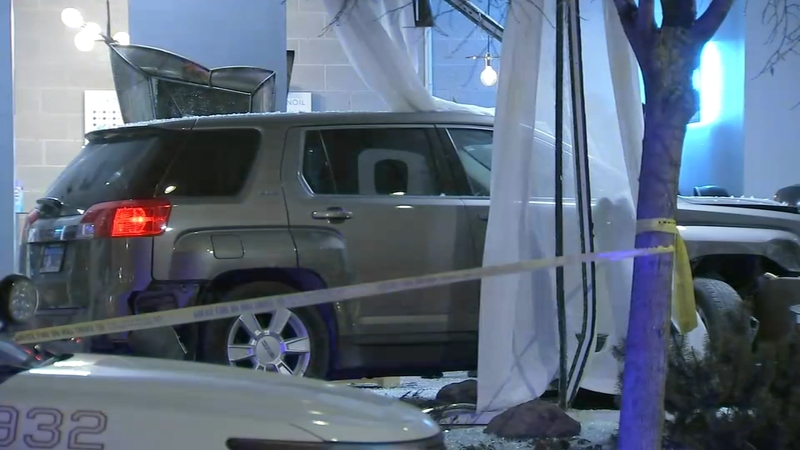 CHICAGO (WLS) -- A stabbing victim lost control of his car and crashed into a Ukrainian Village salon as he tried to drive himself to the hospital, Chicago police said.

Police said around 4:35 p.m. on Monday, a 24-year-old man was involved in a physical fight with a woman when she stabbed him in the upper left side of his torso.

The victim fled the scene and tried to drive himself to St. Mary's Hospital at Division and Leavitt, but lost control of the car as he got there and drove into a hair salon, police said. The victim entered the business and related he had been stabbed. Police said the victim was not injured in the crash, but was taken to St. Mary's to be treated for his stab wound.

A female victim fell off a chair after the vehicle went through the window.