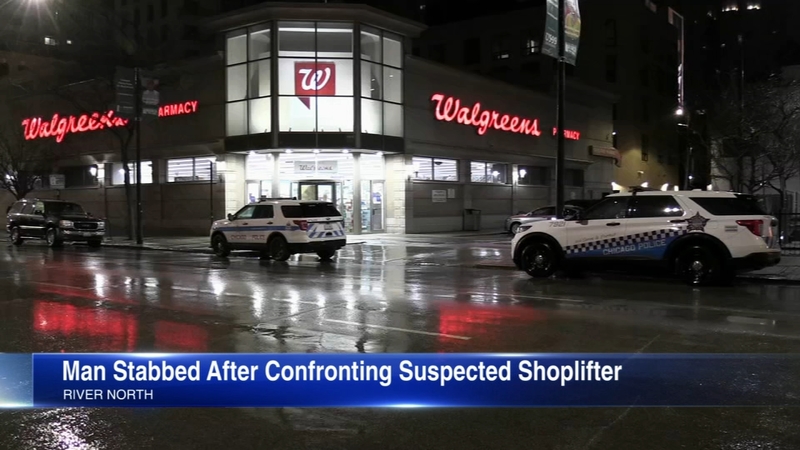 CHICAGO (WLS) -- A man was critically injured in a stabbing inside a River North Walgreens Sunday night after police said he witnessed someone shoplifting.

The suspect entered the store in the 600-block of North Clark Street at about 10:38 p.m. and began taking items off the shelves and concealing them, police said.

A man, between 45 and 50 years old, made a verbal attempt to intervene when police said the suspect became irate and stabbed the man with a sharp object multiple times.

The victim sustained multiple puncture wounds to the legs and cuts to the face and neck and was transported to Northwestern Memorial Hospital in critical condition.

The suspect fled the scene and is not in custody, police said. Area Three detectives are investigating.

Walgreens confirmed that none of its employees were injured and deferred questions about the incident to Chicago police.