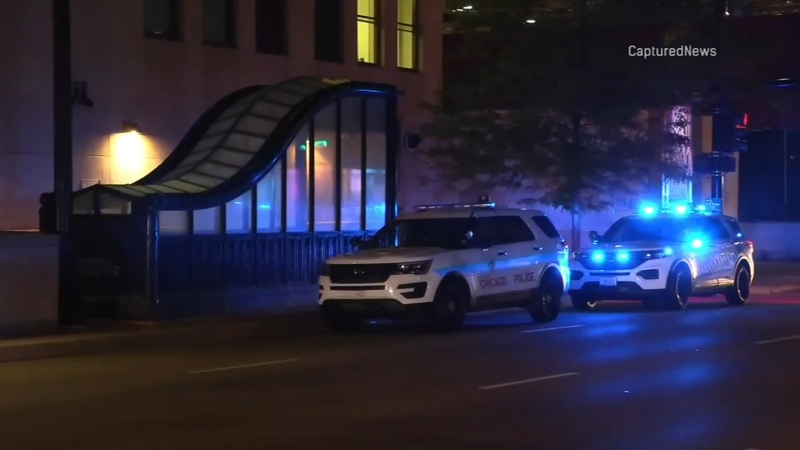 CHICAGO (WLS) -- A 53-year-old Chicago man was charged in connection with a deadly stabbing stabbing on the CTA Blue Line Monday night.

Travis Cook was charged with first-degree murder and arrested at 6:05 p.m. Tuesday in the 1600-block of West Ogden Avenue, Chicago police said.

CPD said he stabbed 43-year-old Nick Osthimer to death while on a Blue Line train in the 400-block of South Clinton Street less than 24 hours earlier.

CPD said Osthimer came stumbling out of a train car at the Blue Line stop at LaSalle Street and Ida B. Wells Drive along the border of the Loop and the South Loop sometime after 10:30 p.m. Monday.

The victim got in the third car on a northbound CTA Blue Line train at the Clinton stop.

The stabbing occurred somewhere between there and the LaSalle stop, where the victim was found with a stab wound to the chest.

He was transported to Stroger Hospital where he died.

Chicago police said they don't have a motive for what may have led to the stabbing.

CTA-related crime is up 40% this year compared to last.

"It's concerning because, you know, I don't know if I'm going to be robbed one day or not or mugged or even killed or shot; I mean, you see at Millennium Park someone got shot in broad daylight, so I mean it's happening all the time everywhere now," commuter Ryan Esquivel said. "You are not safe in this city anymore."

In March, CTA officials said they would add more security on trains and buses, but they have yet to be fully deployed.

"Of course it worries me. When I take the CTA I try to be in the front car. It's an urban legend that it's the safest one, and I try to be with people," commuter Dubi Kaufmann said. "If I can, I avoid taking the CTA at night."

"A little bit -- I have seen more people in the vests; they have been patrolling a little more kind of visibly on the trains," commuter David Zikorski said.

Cook is due in court Thursday.