WLS
By Jesse Kirsch
CHICAGO (WLS) -- Chicago residents are digging out Saturday after a blast of winter weather Friday that brought snow, ice and rain to the area. And more snow is expected this weekend.

There was also a crash on a slick Lake Shore Drive about 6:30 p..m. in which a 26-year-old woman was injured.

A 26-year-old woman was hurt Friday night when she was involved in a Lake Shore Drive crash on the slick roadway.

The Chicago area only saw its first major storm of the season earlier this week, with several inches of snow and some freezing rain.

More snow is expected early Sunday morning after midnight, ABC 7 meterologist Greg Dutra said. Up to 3 inches could fall, but a widespread 1 to 2 inches is expected south of Interstate 80, with lighter totals north.

A wintry mix of sleet and freezing rain began moving into the southwest suburbs after 7 a.m. Friday and reached the city after 10 a.m. Ice accumulations were expected to be highest in places like La Salle, Morris, and Pontiac, but Naperville, Joliet and Kankakee could also see significant icing.

There have been reports of 0.25 inches of ice accumulation from Valparaiso to Kankakee and even 0.37 inches in Grundy County, ABC 7 Chicago meteorologist Larry Mowry said.

By the evening, slush from the daytime re-froze into ice.

Multiple crashes were reported on the Dan Ryan Expressway, and there were multiple spinouts on I-80 and Interstate 57 in the southwest suburbs, and ice covered trees and cars.

Sleet, rain, ice and snow made for slick roads, some crashes, and more spin-outs as a New Year's Day winter storm moved through.

People could be seen shuffling cautiously in the northwest suburbs, too.

The Illinois Department of Transportation loaded up a revolving fleet of trucks with salt in Villa Park, and more than 200 plows and salt trucks tried to keep streets clear in Chicago.

Until 5 p.m., light rain and wintry mix fell throughout the area without significant icing as temperatures stayed at or above freezing. Between 5 p.m. and 11 p.m., temperatures were expected to drop and anywhere from 1 to 4 inches of show was expected to accumulate, with higher totals in the northern suburbs.

Snow, ice, sleet and rain were falling Friday evening as a winter storm moved through the suburbs.

ComEd said as of 3:10 p.m. there were 112 power outages reported affecting 2,910 customers system-wide. The hardest hit area was Kankakee County, where 690 customers were without power. In Chicago, 178 customers are without power, the company said.

In Northbrook, the snow appeared to be heavy and wet enough to bring down some power lines.

The snow was heavy enough to bring down power lines in Northbrook.

A similar situation took place in Mackinaw, near Peoria, but flames and smoke were visible there.

It happened just after 8 p.m. on Shermer Road in downtown Northbrook. Some of the lines were sparking on the wet pavement, but ComEd was able to quickly resolve the issue, Northbrook police said.

The Illinois Tollway said Friday morning it was mobilizing its full fleet of 196 snowplows and opening its Snow Operations Center to manage the agency's system-wide response to the winter storm.

President Biden and first lady to visit Houston on Friday 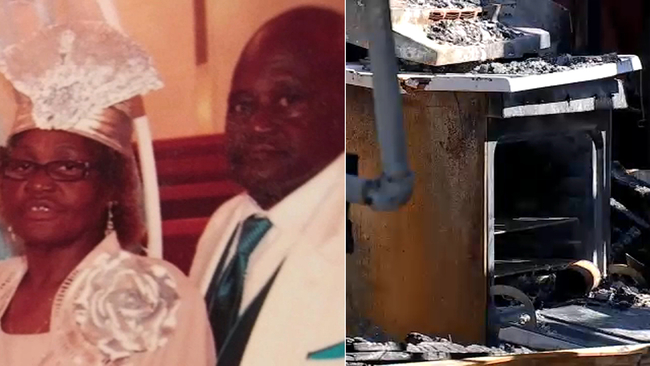 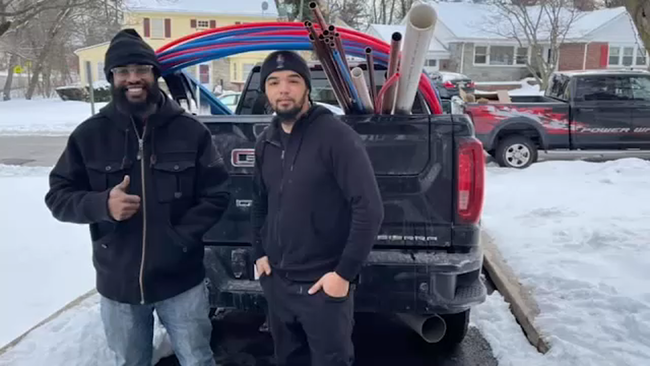 Plumber, family travel to Texas to help with repairs after storm 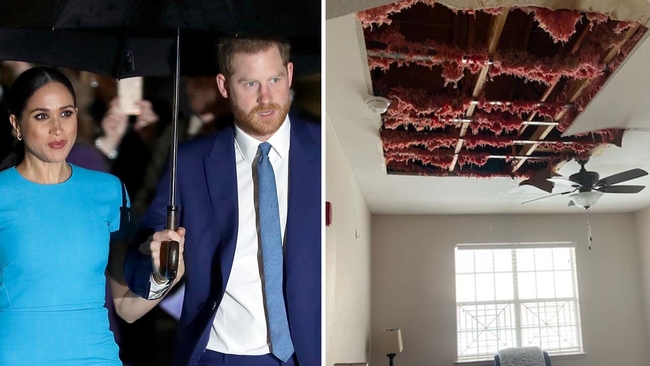