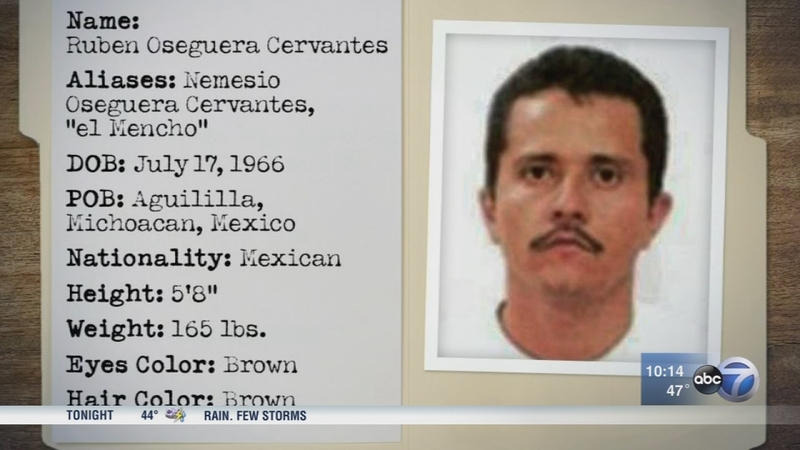 Incoming Drug Enforcement Administration Special Agent in Charge Brian McKnight spoke exclusively with the ABC 7 I-Team, and was the one who branded Chicago's new "most wanted."

Notorious drug lord Joaquin "El Chapo" Guzman had been Chicago's public enemy No. 1 until the kingpin's capture in Mexico two years ago.

McKnight says that Rubén Oseguera Cervantes, known as "El Mencho," is the new public enemy #1 and has taken over a sizable chunk of Chicago's illicit drug trade.

For decades the Sinaloa cartel controlled 80 percent of Chicago's street drugs. While McKnight said it is too early to know how much turf has been ceded to the New Generation cartel, DEA investigators suspect that an arrangement was made to avoid bloodshed.

McKnight comes to Chicago by way of the DEA's Washington headquarters, but cut his teeth as a federal drug agent in Miami and New York, taking down top South American and Mexico operatives the past two decades.

During the interview he put a target on El Mencho, who is already under indictment in D.C. and believed to be directing his cartel from a mountain hideout in Mexico, much like El Chapo did in his heyday.