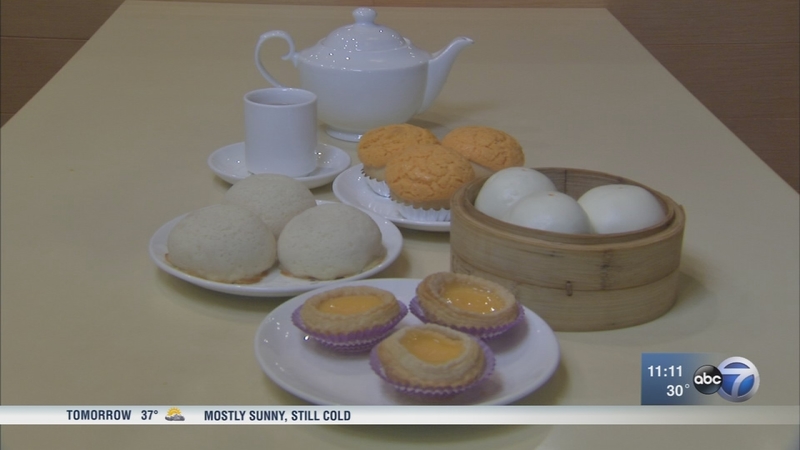 CHICAGO (WLS) -- The Chinese tradition of dim sum has been around for centuries. Typically, the small plates of fried, steamed and baked items are a great chance to share and sample a lot of different things at one meal.

In Chicago, one of Chinatown's most popular dim sum houses -- MingHin Cuisine -- is now making a trio of sweet egg yolk-based buns, rarely seen anywhere else in the city.

Steamer baskets stacked high; the furious activity of chopsticks at the table, and tea, of course. These are the hallmarks of dim sum.

But the traditional steamed buns - or bao - filled with barbequed pork, are no longer the savory stars at MingHin Cuisine, which has two suburban locations and two in the city, including the mothership in the Chinatown Square Mall. Here, they've always featured both buns as well as classic egg tarts - the latter features a flaky pastry crust, housing a liquid filling of yolks, milk and sugar.
But now they've taken this classic Hong Kong-style treat, and merged it with a number of buns housing salted egg yolks at their molten core.

"It's just a different version. The Chinese cooking they like to use a balance of sweet and savory. So the bun itself is sweet and then the savory part would be the salted egg yolk," said Lauren Sy, one of the managers at MingHin. "We have one that's baked, it's called lao sa bao, it translates to 'oozing sand.'"

Topped with a sugary crust that resembles an almond cookie when fully baked, the interior - a salted duck egg yolk - oozes with creamy richness.

"We also have a steamed version of it which is salted eggs with pineapple," she said.

That's referred to as the Snow Mountain bun, another Cantonese staple made sugary-sweet with a piped-on topping just before it hits the oven. The filling is much the same as the other egg yolk-filled versions, but it's the exterior skin that has the different texture.

"If you want to have the bun for dessert, I would recommend that you wait and have your meal and then place your order for the bun, because it's better when it's piping hot," said Sy.

You can find Chinese buns at pretty much any restaurant having a dim sum service, but these buns featuring egg yolk inside? These are extremely rare, especially the ones with pineapple.

EXTRA COURSE: One of MingHin Cuisine's most unique dishes -- a Macau-style crispy pork that is one-of-a-kind in Chicago 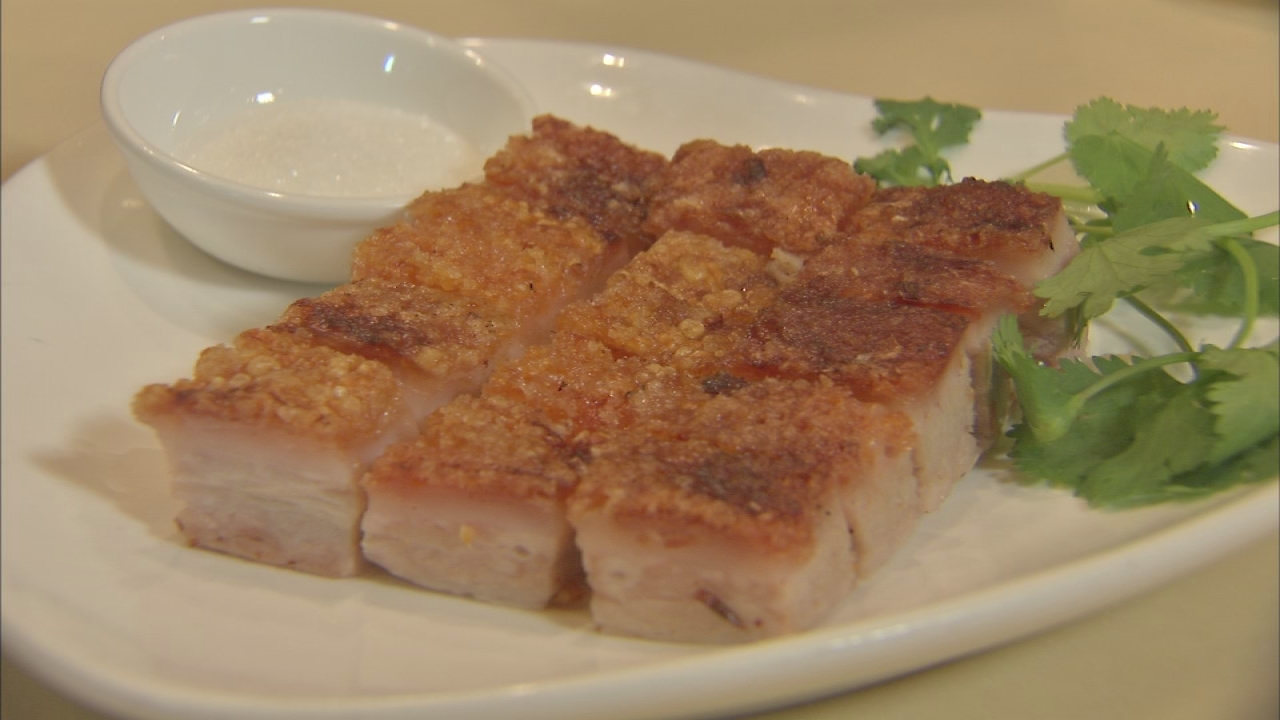 Extra course: Macau-style pork at MingHin
One of MingHin Cuisine's most unique dishes -- a Macau-style crispy pork that is one-of-a-kind in Chicago