Christmas Star 2020: How to see Jupiter, Saturn conjunction in Chicago 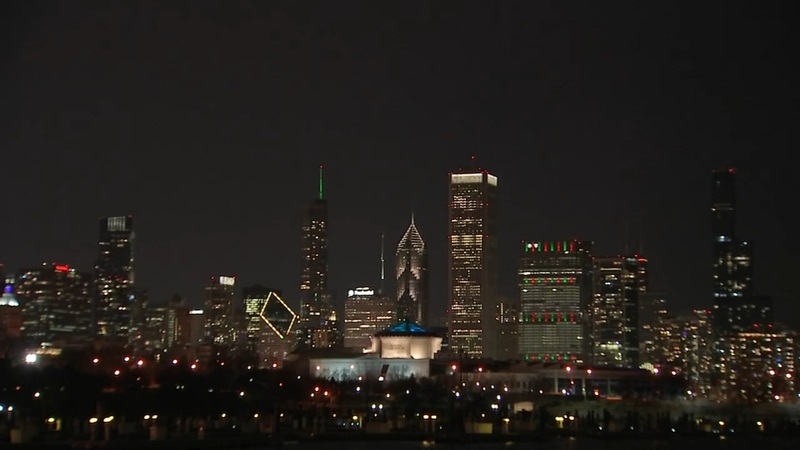 The Christmas Star: How to see Jupiter and Saturn converge in Chicago

The two largest planets in our solar system are coming closer together than they have been since the Middle Ages, and it's happening just in time for Christmas -- hence the nickname of the "Christmas Star."

While it's not an actual star, the two planets will certainly make a bright splash in the night sky.

On the night of December 21, the winter solstice, Jupiter and Saturn will appear so closely aligned in our sky that they will look like a double planet. This close approach is called a conjunction. The fact that this event is happening during the winter solstice is pure coincidence, according to NASA.

"Alignments between these two planets are rather rare, occurring once every 20 years or so, but this conjunction is exceptionally rare because of how close the planets will appear to one another," said astronomer Patrick Hartigan, a professor of physics and astronomy at Rice University in Houston, in a statement.

"You'd have to go all the way back to just before dawn on March 4, 1226, to see a closer alignment between these objects visible in the night sky."

If you're a stargazer, you've likely noticed Jupiter and Saturn have been getting closer together since the summer. And they're currently visible in our night sky, inching ever closer to one another.

Between December 16 and 25, they will become even cozier. Look for the Jupiter-Saturn conjunction low in the western sky for about an hour after sunset each evening during this time.

"You can imagine the solar system to be a racetrack, with each of the planets as a runner in their own lane and the Earth toward the center of the stadium," said Henry Throop, astronomer in the Planetary Science Division at NASA Headquarters in Washington.

"From our vantage point, we'll be able to be to see Jupiter on the inside lane, approaching Saturn all month and finally overtaking it on December 21."

In Chicago, you'll want to look to the lower southwest sky on the evening of December 21, right after sunset. It will only be visible for a brief time, for about an hour or so. The forecast Monday evening calls for mostly clear skies, so the Christmas Star should be easy to spot.

"On the evening of closest approach on Dec(ember) 21 they will look like a double planet, separated by only 1/5th the diameter of the full Moon," Hartigan said. "For most telescope viewers, each planet and several of their largest moons will be visible in the same field of view that evening."

While these two planets may appear close, they are still hundreds of millions of miles apart, according to NASA.

Hope for clear skies because the conjunction will be visible around the world, with the best perspective for those near the equator.

"The further north a viewer is, the less time they'll have to catch a glimpse of the conjunction before the planets sink below the horizon," Hartigan said.

The planets will be bright enough to be viewed in twilight, which may be the best time for many US viewers to observe the conjunction.

"By the time skies are fully dark in Houston, for example, the conjunction will be just 9 degrees above the horizon," Hartigan said. "Viewing that would be manageable if the weather cooperates and you have an unobstructed view to the southwest."

If you're in New York or London, or along those latitudes, try to spot the conjunction right after sunset. Waiting an hour after the sun sets will only put the planets closer to the horizon, making them more difficult to spot.

The best conditions to see this astronomical event will include a clear southwestern horizon and no low clouds in the distance, Hartigan said. Binoculars or a telescope may help you distinguish the planets. A telescope would enable a view of Saturn's rings and the brightest moons of both planets, he said.

Jupiter will appear brightest and be easily visible. Saturn will be slightly fainter and will appear slightly above and to the left of Jupiter. On December 21, Jupiter will overtake Saturn and they will swap places in our sky.

"On December 21, the sun will set around 4:30. After that, it is a race -- the sky must get dark enough to see Jupiter and Saturn before they set as well, around 6:45," said Walter Freeman, assistant teaching professor in the department of physics at Syracuse University's College of Arts and Sciences in New York state.

"Jupiter and Saturn will likely stand out from the twilight glow starting around 5:00 or 5:15. With binoculars, a telescope, or a telephoto lens of 500 (millimeter) focal length or more, you may also be able to see the four largest moons of Jupiter. There's no better way to celebrate the longest night of the year than watching the stars. So if you're planning a night of stargazing on the solstice, start off by admiring the largest planets before they set."

Live events around the conjunction

If you miss this conjunction and want to see the planets with the same proximity, just higher in the sky, it won't happen until March 15, 2080 -- and then not again until after 2400.

Between 0 and 3000 CE, or Common Era, only seven conjunctions were or will be closer than this one -- and two of those were too close to the sun to be seen without a telescope, according to Hartigan. So, yes, this is an incredibly rare event.

In case weather conditions in your area aren't agreeable to witnessing this celestial event, several livestreams will be available.

The Lowell Observatory in Flagstaff, Arizona, will host a program beginning at 7 p.m. ET, showcasing live views through its telescopes. The stream will be on the observatory's YouTube page.

And if you're interested in learning more about the "Great Conjunction" itself, NASA Science LIVE will share an episode about the event December 17 at 3 p.m. ET on NASA TV and its website.