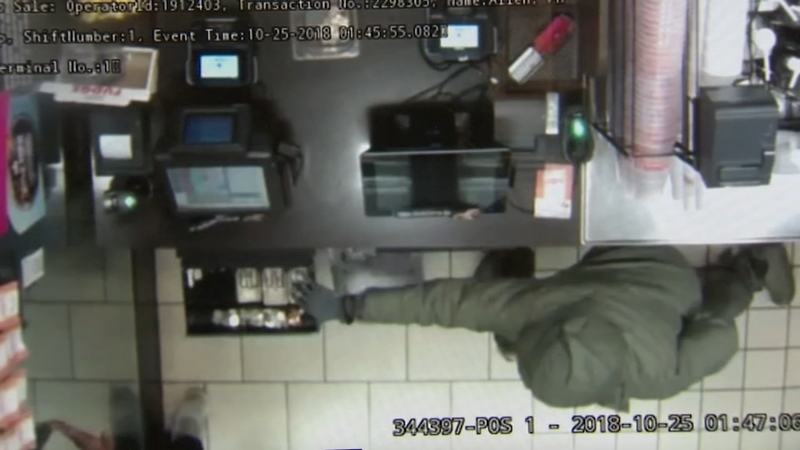 The armed robbery occurred in the 1600-block of South Michigan Avenue at about 1:48 a.m., police said. Employee Phillip Allen told police that a person wearing a green winter coat, green pants and a clown mask walked into the store, announced a robbery and displayed a handgun.

"So my eyes got big quick and the first thing he said was, 'You already know what this is.' I said, 'What?' Then I looked down and I seen a gun in his hand," Allen said.

The suspect demanded Allen open the cash register and after grabbing the entire drawer, police said the robber fled out the back door in an unknown direction.

Allen said he was alone in the store, which is open 24 hours, and was stocking up shelves to prepare for the morning rush.

The store's manager, Dilip Parekh, who has worked there since 2008, said the store has never been robbed before, but this incident has got him thinking.

"I'm thinking about more security and supposed to be during the nighttime I want to put one extra person," he said.

Allen was not injured.

"I'm one in a million lucky because it could have went either way," he said.

The store is in the 3rd Ward, represented by Alderman Pat Dowell, whose office said there is no rash of robberies south of Roosevelt Road. Dowell's office cited Chicago police data that showed that robberies have actually gone down by 19 percent compared to last year.