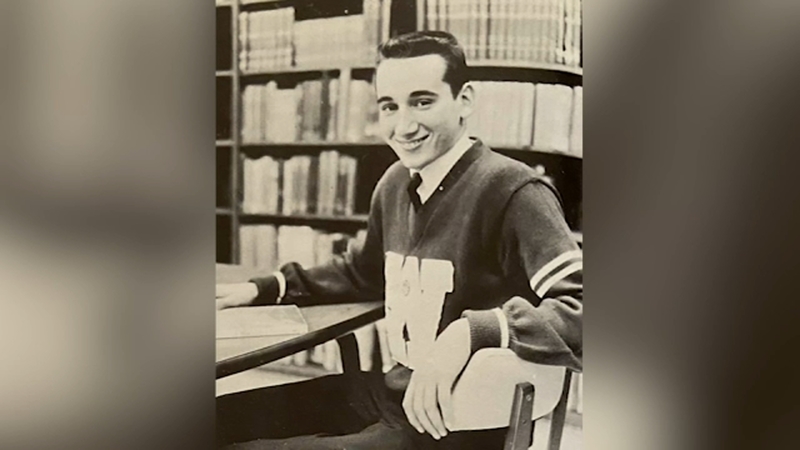 CHICAGO (WLS) -- He was the star of the Weber high school basketball team. In fact, during his senior year in 1965, Mike Krzyzewski was a shining star for his entire class.

In the years since, he has stayed close to many of his friends from his days in Chicago.

Bill Maretzky was a year older but spent a lot of time with the future Hall-of-Fame coach.

"We were in a clique of guys that hung out at sock hops and games," Maretzky said.

While Krzyzewski was an all-state basketball player and the star of Weber's team, Maretzky remembers him as a better at football player than basketball. He was also vice president of the senior class, helping organize the school dances at the all-boys high school.

Krzyzewski grew up in Chicago's Ukrainian Village neighborhood and attended Saint Helen's grade school. Much of his family still lives in the neighborhood.

Friends said he recently made a large donation to the school when they were having financial difficulty.

"Extremely proud of him. He's a guy who came up from the neighborhood," Dobrzycki said.

Honorary Coach K Way now runs in front of it. The gym is dedicated to Weber High School alumni, but for the most part, there is a little visible evidence of the former Catholic high school.

But for Weber alumni, It makes a little difference.

"He's a Weber hero. One of our guys. What can I say," Maretzky said.

Many of the students here believe Coach K Way is a reference to one of their gym teachers. Not many are aware of his connection to their building, but most will watch his game Saturday night.

Coach K will retire as the Duke Blue Devils' coach after this season, where he has served as head coach since 1980. He has led the team to five national titles, 13 Final Fours, 15 ACC tournament championships and 13 ACC regular season titles.

Friends are hoping for one more this weekend.

"That would be a great way to celebrate Coach K's career. Take the championship," Dobrzycki said.

Coack K's Chicago roots are well established, but his replacement at Duke is also from the area. Jon Scheyer was Illinois' Mr. Basketball in 2006. He takes over after Coach K officially retires.