Chicago to recognize Juneteenth as city holiday starting next year 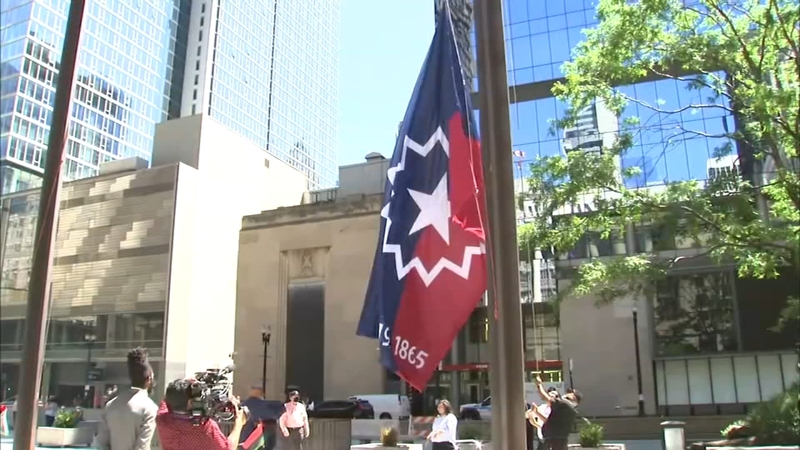 Chicago to recognize Juneteenth as holiday starting next year

"I, like many others, didn't even know anything about Juneteenth until I was an adult and that's because it's never been treated with the reverence that it should be," Lightfoot said.

Juneteenth is observed on June 19th. It commemorates the end of slavery in the U.S. It took two and a half years after the signing of the Emancipation Proclamation for Black people in Galveston, Texas to learn that they were free.

Starting this year, Juneteenth is a paid holiday in Cook County. The county is hosting in-person and virtual programming throughout the week.

"We led this charge. Beside Black history is American history. The emancipation of our ancestors should be honored," said State Sen. Maj. Leader Kimberly Lightford, D-Westchester.

"The USA today would not be what it is now without the work of what our community, what our ancestors did," 28th Ward Ald. Jason Ervin said.

In response to the racial awakening last year, there has been a renewed pushed to recognize Juneteenth.

Lightfoot said the holiday serves as a reminder of how far the nation has come, but also how much work is left unfinished, including here in Chicago.