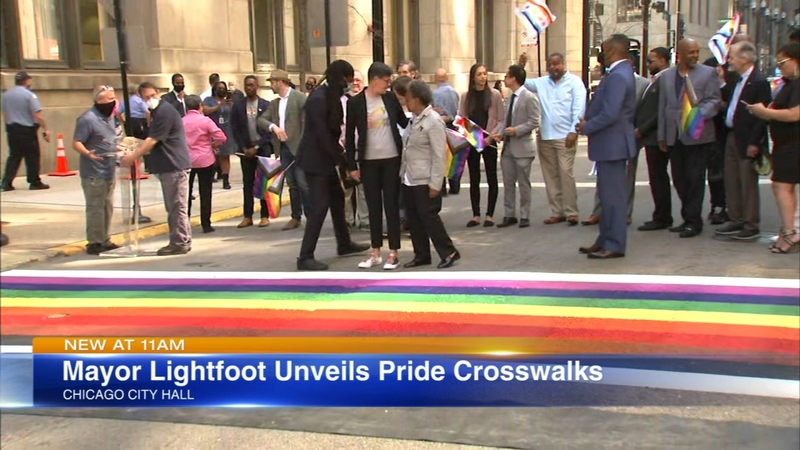 City Hall is dressed up in its Pride best for Thursday kickoff and it's not just on the flagpoles, but on the street.

Accompanied by her wife, First Lady Amy Eshleman, Mayor Lori Lightfoot, unveiled the newly painted crosswalks on LaSalle Street, with both a Pride flag on the northbound lane and a Trans flag on the southbound side.

Resources for the LGBTQ+ Community

The mayor kicked off her remarks reminding folks that for the world's LGBTQ+ community, COVID is the second pandemic they have faced in their lifetime, with the battle against AIDS continuing despite great progress in the area of treatment.

Lightfoot also highlighted the work of several people in Chicago's LGBTQ+ community including, in absentia, the former lead coordinator of Chicago's Pride Parade.

"I can't even begin to articulate to you the moment and the feeling of pride and humbleness that I feel in my heart to be able to stand here on this day, in front of this building and to say, 'We belong, we are family and we will never, ever take a back seat to anyone,'" Lightfoot said.

Last year's Pride Parade had to be canceled last year because of the pandemic.