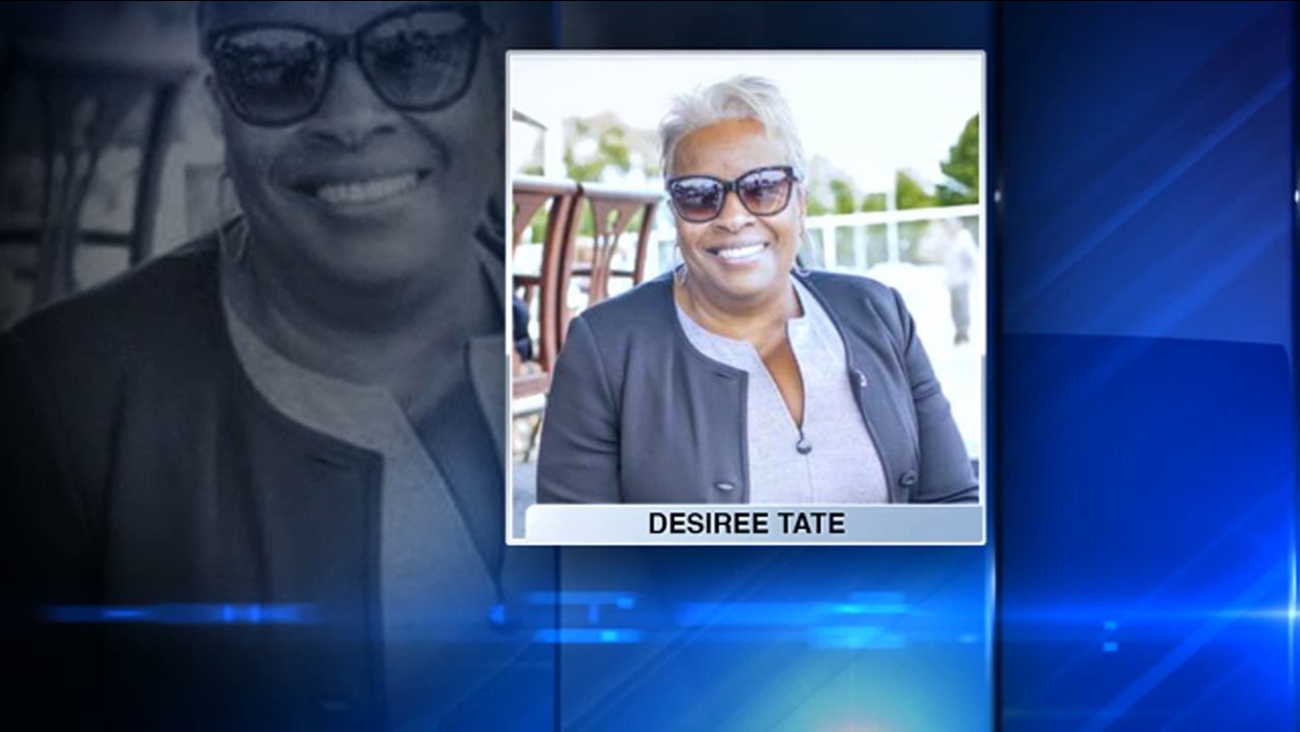 CHICAGO (WLS) -- Desiree Tate, who was a mentor to young African American women and played a role in several Chicago mayoral administrations, has died at the age of 62.

Tate served as one of Mayor Harold Washington's aides, advised U.S. Senator for Illinois Carol Moseley Braun, worked on Barack Obama's campaigns and later worked to bring the Obama Presidential Library to Chicago. She was also the founder and CEO of Tate & Associates.

David Simas, CEO of the Obama Foundation, released a statement on her death, saying, "We are heartbroken by the news of Desiree Tate's passing. As a longtime member of the Obama Foundation family, Dez was a Chicago businesswoman and community leader who was a force behind the bid to bring the Obama Presidential Center to Chicago and worked closely with the Obama Foundation from the day we started here. We mourn her as colleagues and friends. She was the embodiment of the Obama Foundation's mission -- a leader in her community who sought to lift others up as well. A mother. A dedicated mentor to young black professionals. An entrepreneur. She led with compassion, smarts, and a sense of humor that will be deeply missed. Our thoughts and prayers are with her family and the Chicago community we share."

Chicago Mayor Rahm Emanuel released a statement on her death, saying, "Today I join family, friends and loved ones of Desiree Tate in mourning the loss of a great Chicagoan and a dear personal friend. As an aide to Mayor Harold Washington, senior advisor to Senator Carol Moseley Braun, and part of President Barack Obama's campaigns, Desiree always answered the call to service and never hesitated to fight for what she believed in. Desiree was also a loving and supportive mother to her daughter Ashley Tate Gilmore. Our city and our country are better because of her unflinching desire to uplift communities, roll up her sleeves and make a difference. Desiree Tate led an extraordinary life, and her legacy will forever be part of the fabric of Chicago."
Report a correction or typo
Related topics:
community & eventschicagoloopobama foundationrahm emanuelobituaryobama librarybarack obama
Copyright © 2020 WLS-TV. All Rights Reserved.
More Videos
From CNN Newsource affiliates
TOP STORIES