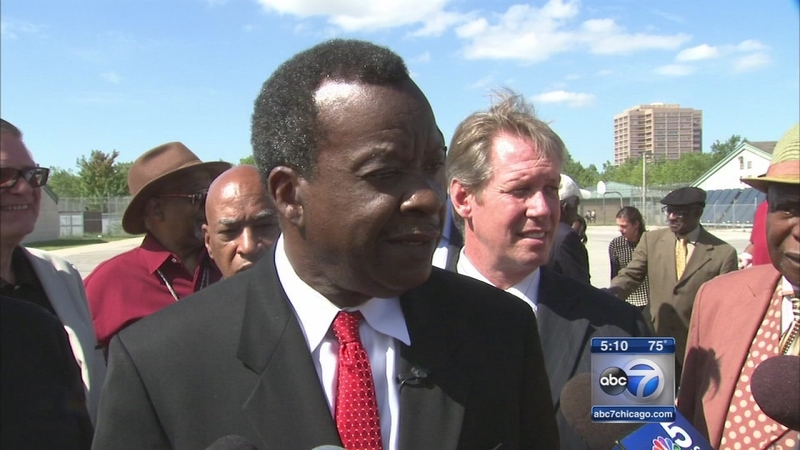 CHICAGO (WLS) -- A Chicago businessman explains why he spent his own money to bail strangers out of the Cook County Jail.

Former mayoral candidate Dr. Willie Wilson paid bail for six inmates Thursday. They were locked up for misdemeanor offenses but they didn't have a few hundred dollars to make bail.

"Some of these kids just had an ounce of marijuana and locked in jail for two or three weeks, months or years, it doesn't make sense," Wilson said.

Dontelle Mohead was arrested for identity theft three weeks ago. The 28-year-old couldn't afford his $500 bond. It was Mohead's first Cook County Jail experience, one he hopes never to repeat.

"I'm not even going to drive by this place," he said.

It was the first time in Cook County Jail for Russell Miller as well. He had been locked up for 12 days after he couldn't come up with bond for a criminal trespassing charge.

"Just the other day I prayed at night to God that everything would be alright and the next morning, five people came in, called my name and here I am now," Miller said.

Wilson worked with the sheriff's office to carefully pick inmates who are better off back in society rather than jail. Each will be assigned a case manager.

"Dr. Wilson helped us get them out and we will continue to stay with these individuals to make sure they stay connected and don't fall through the cracks," Jane Gubser, Cook County Jail director of programming, said.

All six are grateful for the opportunity and looking forward to moving on.

"I'm going to go back to my job and keep working. I'm not going to criminal trespass anymore," Miller said.