Jim Murphy, a 25-year veteran who was often the public face of the office in major criminal cases, left July 29 with a scathing letter attacking Foxx.

CHICAGO (WLS) -- Several recent resignations in the Cook County State's Attorney's office are raising questions about the culture and the reforms that have resulted from Kim Foxx's leadership.

Foxx is dealing with a public relations problem after losing three senior prosecutors including two in just the last week.

Jim Murphy, a 25-year veteran who was often the public face of the office in major criminal cases, left July 29.

"I can no longer work for this Administration. I have zero confidence in their leadership," Murphy wrote in an email to colleagues. "This Administration is more concerned with political narratives and agenda than with victims and prosecuting violent crime. That is why I can't stay any longer."

"I don't know Jim Murphy personally and I strongly disagree with his contentions about the state's attorney's office," she said.

"It's ironic that the gentleman that you referred to, Mr. Murphy, is accusing the state's attorney of being political because the comments that he made sound pretty political to me," Preckwinkle said.

"There's been a change in policy and direction under Kim Foxx, she's been pushing much more for criminal justice reforms. So there may be some unhappiness with that," said Laura Washington, ABC7 political analyst.

Foxx's office issued a statement saying in part, "We recognize the rigors of this difficult work and the toll that it bears, yet over 11-hundred employees show up every day to work on the front lines and behind the scenes in a testament of the resiliency and spirit of this office."

Foxx's statement talked about efforts to recruit more prosecutors, but it did not mention of Murphy nor did it address the majority of the criticisms he raised.

"She doesn't want to acknowledge that there's any problems with her administration or the way she runs her office or with her policy decisions," Washington said.

Murphy along with his two colleagues, Natosha Toller and Ted Lagerwall, who also left the state's attorney's office declined requests for interviews. 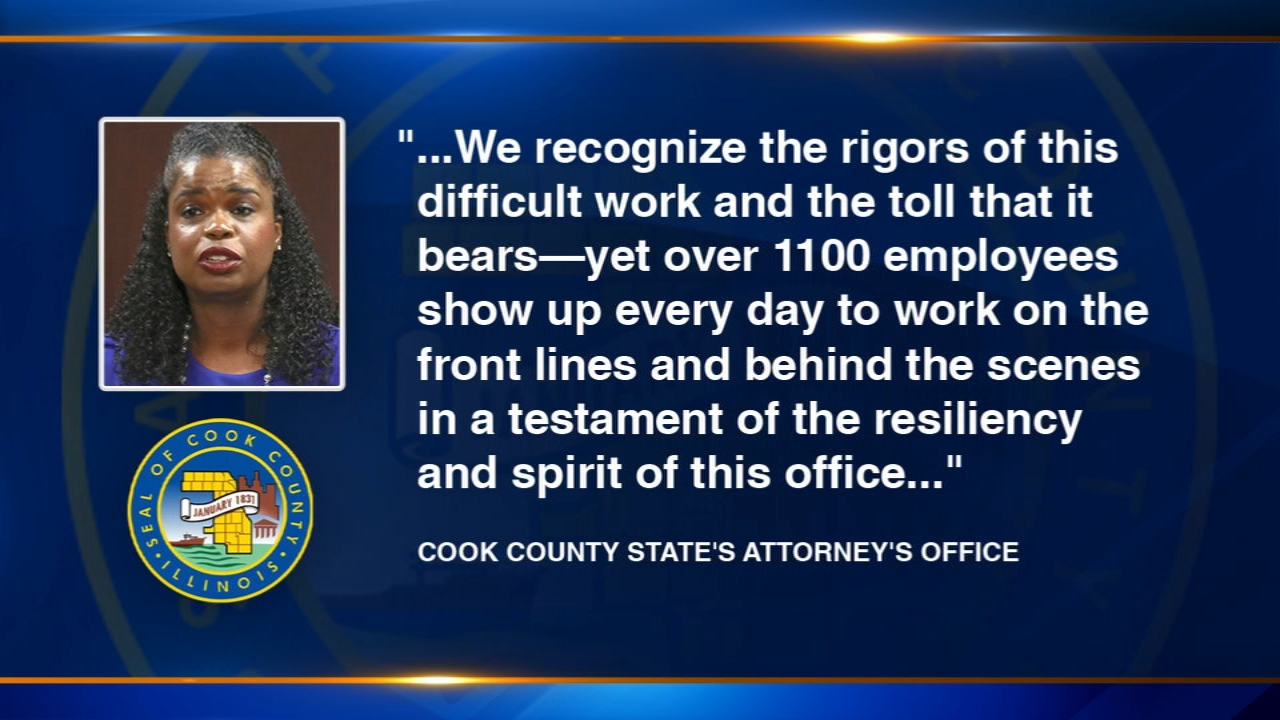