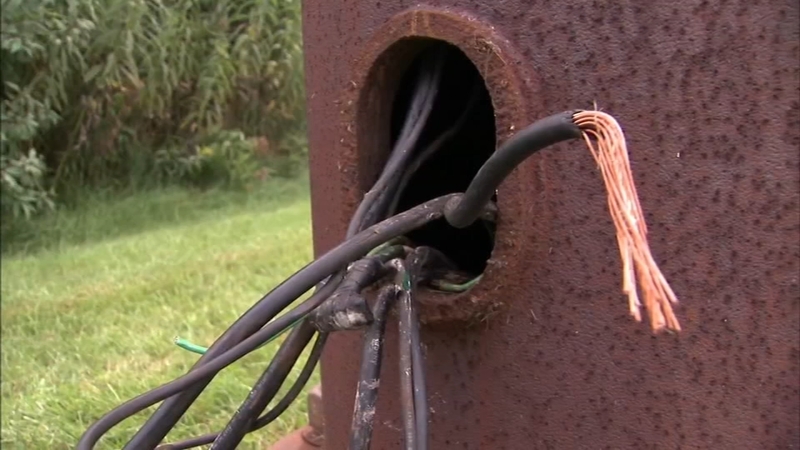 Wires were taken from Clark High School's field lights and school officials hope to get the lights back on for the upcoming homecoming game. Thieves broke into the light towers' power boxes to steal the wire.

"We're scrambling now to make sure we can get the facility back up to par so the kids won't suffer from the loss of their activities. We're in the heart of football season," said Walter Watkins, superintendent of the School City of Hammond.

"It's selling at a decent price right now and that's why the thieves are looking for it. They can transport it relatively easily. Get it around, and sell it for a decent profit," said Lt. Steve Kellogg, a Hammond police spokesman.

Gavit High School was the first school to be targeted, resulting in the postponement of Friday's football game. A planned alumni night was canceled.

"It's affected the schools," said Watkins. "Our kids are very upset. Our parents are very upset. But we're trying to do the best that we can to respond to it, not knowing what the cost of getting things back up to par is going to be, especially for three schools."