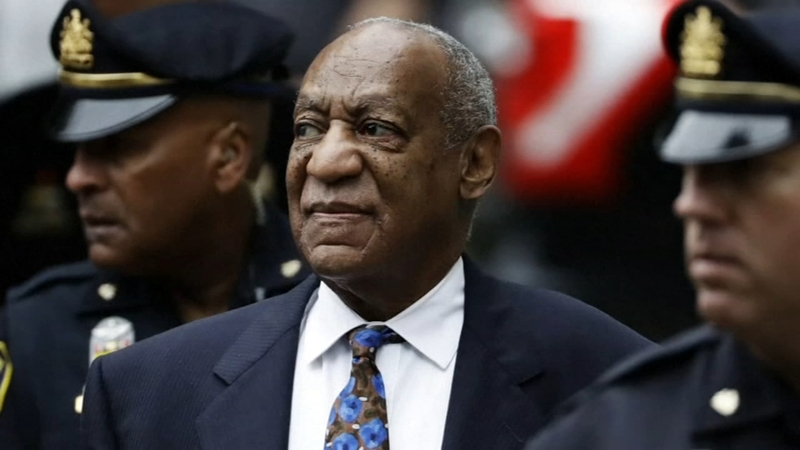 CHICAGO (WLS) -- Organizations that work with survivors of sexual assault say the Pennsylvania Supreme Court decision to overturn Bill Cosby's 2018 conviction will have an impact on women coming forward.

"We just can't underestimate the impact that a situation like this has on survivors," said Carrie Ward, the executive director of the Illinois Coalition Against Sexual Assault. "What we know from our rape crisis centers is that people will be triggered by this."

The former "Cosby Show" star was the first celebrity tried and convicted in the Me Too era. He was released Wednesday after serving nearly 3 years of a 10-year sentence for drugging and violating Temple University sports administrator Andrea Constand in 2004.

Pennsylvania Supreme Court justices reversed that decision because of a verbal agreement his attorneys made with a former prosecutor that Cosby would not be criminally charged if he agreed to testify in a 2005 civil lawsuit brought by Constand.

"I think what is important to note in the Cosby ruling is that this wasn't about the testimony of any of those survivors," said Debbie Perry, the director of Advocacy & Crisis Intervention Services at YWCA Metropolitan Chicago. "A jury of 12 people believed what they had to say."

"The jury found him guilty. And it's been reversed not on the merits, not because there was a finding that he didn't do it, but because the court found that the state promised not to prosecute him for the misconduct," he said.

Perry said there have been great strides in handling sexual assault cases and she hopes victims will not be discouraged by the outcome of the Cosby case.

"I think that it is important to know that survivors when they do come forward law enforcement is being training on how to handle sexual assault cases differently than they did even 10 years ago," she said.
Report a correction or typo
Related topics:
sex assaultvictimsbill cosby
Copyright © 2021 WLS-TV. All Rights Reserved.
BILL COSBY
Andrea Constand writes of Cosby trial, #MeToo in new memoir
Phylicia Rashad celebrates Cosby's sentence being overturned
Timeline of events in Bill Cosby's overturned conviction
Bill Cosby's release from prison prompts strong reactions
TOP STORIES
Teen killed in Chatham shooting, CPD says
Body found confirmed to be Gabby Petito, death ruled a homicide
Palatine dog attack victims sue owner, village after 3rd attack
Benet Academy hires coach after deferring job offer over gay marriage
McHenry mom shares story after nearly dying of COVID while pregnant
Same-sex couples reflect on progress since Defense of Marriage Act
2 charged after woman who undergoes butt-lift procedure dies
Show More
Oak Park native Iman Shumpert makes his DWTS debut
How you can win an Italian villa for only $35
Chicagohenge: What it is and how you can see it
Illinois unemployment notices from IDES cause confusion, concern
Chicago Weather: Mostly cloudy, some showers
More TOP STORIES News