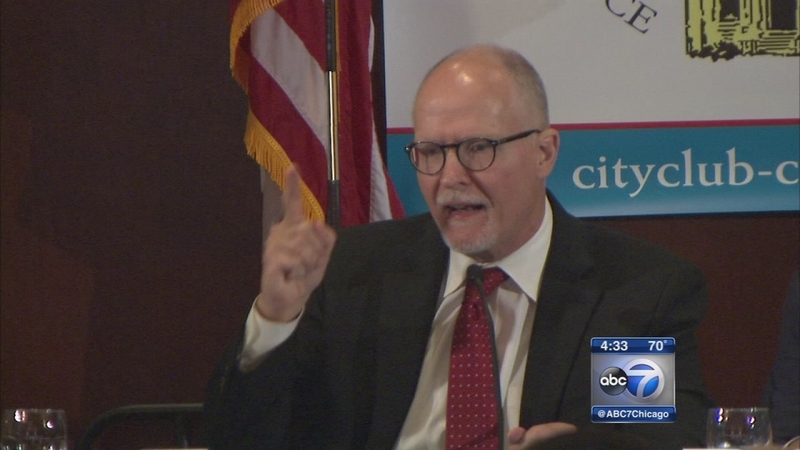 CHICAGO (WLS) -- Strong words from a former head of Chicago Public Schools. Former CPS CEO Paul Vallas is in Chicago talking about the current budget woes and how to fix it.

The school system is dealing with more than a billion dollar deficit. Vallas points the finger at his successors and says "they lost their budget discipline."

Paul Vallas--who was CPS CEO from 1995 to 2001-- would not blame any of those who followed him by name. But his immediate successor--Arne Duncan--is now the top education official in the country.

Vallas told the City Club audience that at the end of his six-year run as chief executive officer, CPS was fiscally sound.

"They had six years of structurally balanced budgets," he said.

But on CPS' fiscal managers after 2001, Vallas said: "They abandoned all budget discipline. They stopped long-term financial planning. They began borrowing. Many of the practices at the school district were the same practices that the city engaged in during the same period."

Duncan served as CEO until 2009 when he resigned to become U.S. Secretary of Education under President Obama, a job he continues to hold today.

Vallas appeared on a five-person panel discussing whether CPS should be allowed to declare bankruptcy. If approved by Springfield, a Chapter 9 filing could settle debts to pension funds and financiers who hold district bonds.

Bankruptcy, which possibly could save taxpayers money, also is opposed by the teachers union and its pension funds as well as bondholders.

In response to Vallas' allegation, a U.S. Department of Education spokesman said Secretary Duncan would have no comment.