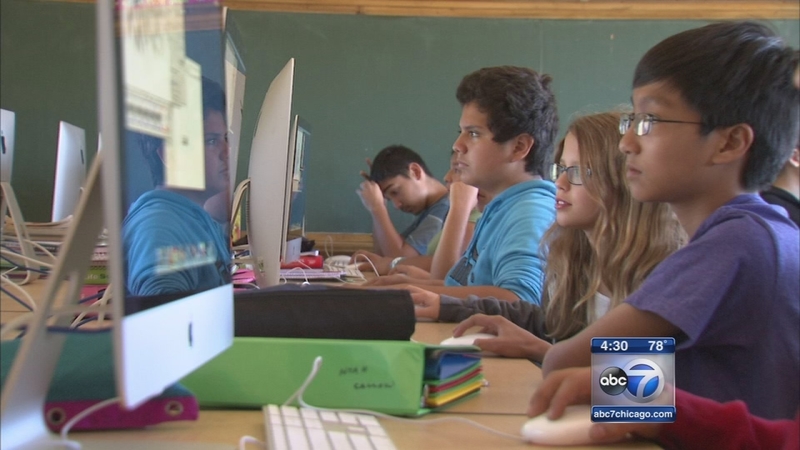 CHICAGO (WLS) -- After lawmakers failed to approve a state budget this week, parents are concerned about claims that Chicago Public Schools may not open in the fall due to lack of funding.

A budget was not approved by the end of the regular legislative session on May 31. However state lawmakers plan to meet this summer in a continuous session, during which time a deal could be reached.

However, the posturing continued.

"I need your help to get this done," Gov. Bruce Rauner told a crowd in northwest suburban Itasca talking about his emergency plan to insure that Illinois public schools open next semester. He said again, there would be no special treatment for financially troubled CPS.

"They've been so financially mismanaged for so long, they need a lot of restructuring is what they need," Rauner said.

CPS CEO Forrest Claypool countered: "This is a fundamental failure in Springfield."

"Are we on the way to going the way New Orleans did..." [with privatization] - CTU presser @ABC7Chicago

Rauner's plan -- based on the current school funding formula -- would not be enough to rescue the credit-challenged CPS, which is the largest school district in Illinois, he said.

"Under our proposal, Chicago would get the same amount of money this year that they got last year," Rauner said.

After state lawmakers failed to pass a budget or a CPS rescue bill, the governor has put aside his reform demands and is urging passage of stop-gap bills: one to fund essential services and another for k-12 education.

"You can't wait for something, sit back and wait. You have to actually have to work in tandem," said Karen Lewis, president of the Chicago Teachers Union.

CTU seems unwilling to budge. They say "further cuts to Chicago's Ed. Program are off the table."

CTU says the city should make the first move and help itself with $500 million in new revenue generated by variety of new taxes mostly on businesses.

"I'm shocked actually that the CTU is surrendering to Gov. Rauner. The state cannot be let off the hook," Claypool said.

In a statement, Mayor Rahm Emanuel said the governor is trying to pit the rest of the state against Chicago, stating "Bruce Rauner is following the Donald Trump playbook of demonizing one group of people for his political advantage."

"I don't know where all these goofy personal attacks come from," Rauner said. "That's not helpful."

On Tuesday, both the House and Senate passed different versions of bills to fund public education. With eight to ten weeks until school starts, parents shouldn't worry as there appears to be enough time to reach a budget deal.

"Threatening to close the schools as a pressure tactic on Springfield is a poor one..." What does that say to teachers? -CTU

"On behalf of thousands of students, parents, families and communities, we are asking that the General Assembly continue to stay in session until an education budget is passed," Claypool said. "We also urge Gov. Rauner to work with lawmakers to actually fully and equitably fund education for children throughout the state."
Students and parents heading into Lakeview High School Thursday morning were concerned.

"School is really important to me. It determines what our future is going to be like. Missing school is kind of a big deal," said sophomore Mia Martinez.

"I'd really appreciate if they could get the budget together so schools may open on time," said parent Catherine Brise.

Freshman Moshea Sykes said that if school doesn't start on time, it's clear the state doesn't care about youth.

"School not starting, like - I expect them to want kids to have an education," said freshman Moshea Sykes.

CTU admits *Even* if education budget is passed.. A teachers strike could also delay school starting on time in the Fall. #CPS #Chicago