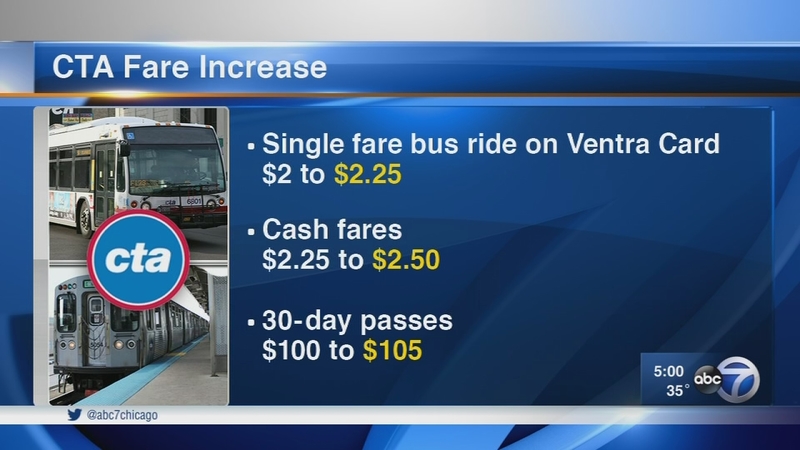 CHICAGO (WLS) -- It's been nine years since the Chicago Transit Authority last voted to increase fares for public transportation users. The CTA did so on Wednesday as part of its 2018 budget.

"We want to maintain the service that our customers have come to rely on. The only way to do that was to ensure we had enough revenue to cover that service and unfortunately the state took away $33 million dollars of that revenue. We had to find a way to cover that," said CTA Spokesperson Brian Steele following the vote.

"I barely have enough to get back and forth to school," said CTA user Dajuan Jenkins. "I only eat when I get home because I'm trying to save. Truly there's no other means of transportation. It's unfair."

The increases come as part of an effort to fill a $33 million dollar budget hole, caused in large part by a drop in state funding. Ride share services such as Uber and Lyft, have also affected the CTA, which has seen a decrease in ridership in recent years. The Civic Federation, a fiscal watchdog group, opposes the budget, which, they say, in addition to the fare hikes, relies on unrealistic expectations and short-term borrowing to make ends meet.