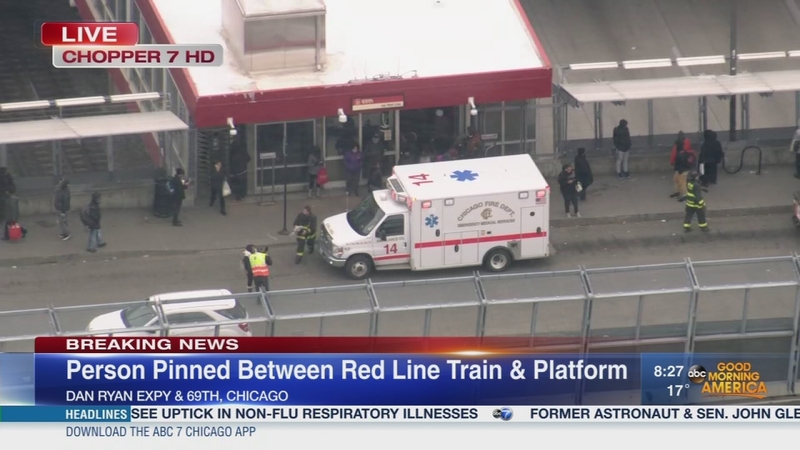 CHICAGO (WLS) -- CTA Red Line trains were temporarily suspended between Garfield and 95th after a woman was pinned between a train and the 69th Street platform.

Chicago police and fire crews responded Thursday morning to a report of a medical emergency on the tracks at the 69th Street station on the city's South Side.

First responders were able to rescue the woman. Chopper 7HD was over the scene around 8:15 a.m., when she was loaded into an ambulance.

Northbound Red Line trains were stopped again around 9 a.m. between 55th and 95th due to an interlocking-switch problem at 63rd Street.